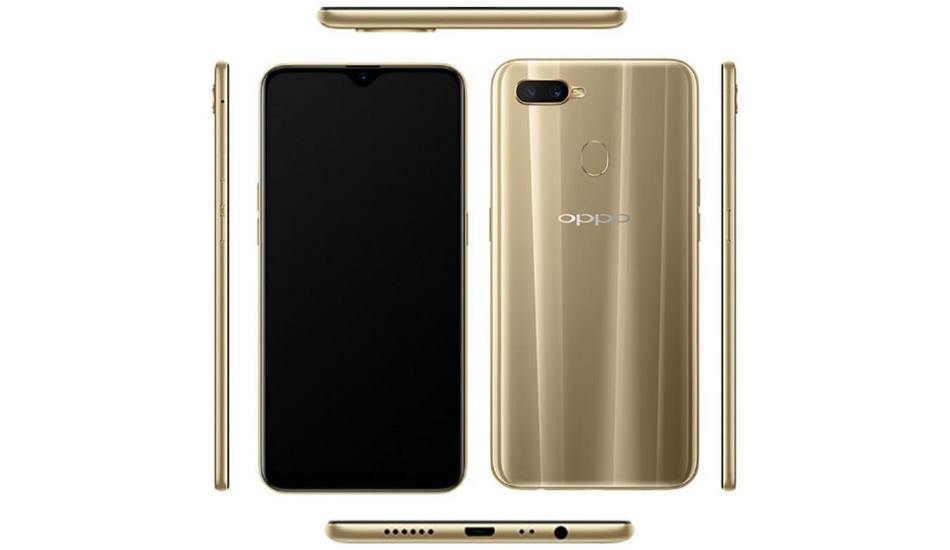 Amazon India has also listed the device availability on its platform but without pricing.

Oppo recently launchedOppo A7 in China. The phone was yesterday spotted on the official Indian website with full specifications but without any pricing details.

Now,Mumbai-based retailer – Mahesh Telecom has revealed the Oppo A7 price in India on his official twitter handle. As per his tweet, the price of Oppo A7 will be Rs 16,990 in India. However, it is not revealed which variant the retailer is referring to. The Oppo Mobile Indian website has listed two variants -3 GB RAM with 32 GB storage option and a 4 GB RAM with 32 GB storage option, both of which are expandable up to 256GB via a microSD card. 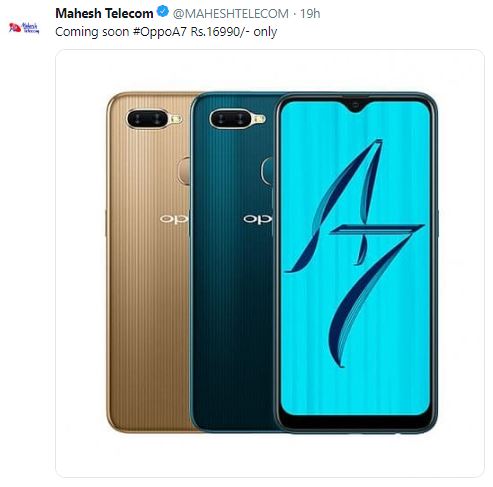 Meanwhile, Amazon India has also listed the device availability on its platform but without pricing.

If we talk aboout the specicifications of Oppo A7, the device features a 6.2-inch HD+ IPS LCD waterdrop display with a resolution of 1520 x 720 pixels. The phone is powered by the Qualcomm Snapdragon 450 processor with Adreno 506 GPU. It also features a fingerprint sensor at the back.