Oppo A57 has been launched in the country which comes with an HD+ display, 5000mAh battery and more. 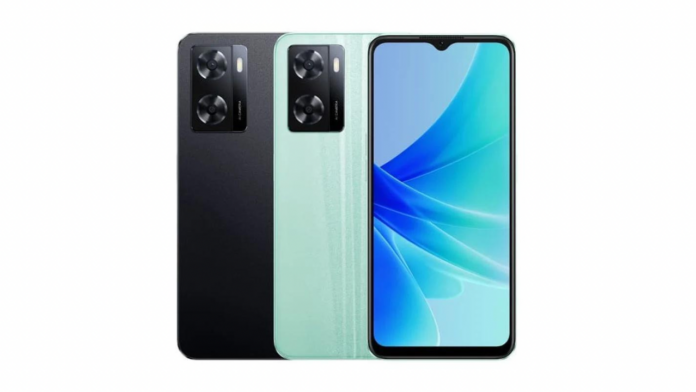 Oppo has launched a new smartphone in Thailand called the Oppo A57. The A57 from the Chinese company is budget offering from the brand and is different from what Oppo launched last month in China which was a 5G model. The Thailand model is a 4G variant which comes with features like an HD+ display.

The Oppo A57 is priced at THB 5,499 (approx Rs 12,500) in Thailand. It comes in two colours including Glowing Green and Glowing Black.

Oppo A57 comes with a 6.56-inch HD+ display with 1600 x 720 pixels resolution, 60 Hz refresh rate and peak brightness of 480 nits. The smartphone is powered by MediaTek Helio G35 chip. The phone comes with 3GB of RAM and 64GB of storage which can be expanded via microSD card.

On the camera front, the device has a triple rear camera setup with a 13-megapixel main shooter with an f/2.2 aperture and a 2-megapixel depth sensor with an f/2.4 aperture along with an LED flash. There is also an 8-megapixel selfie camera at the front, with an f/2.0 aperture. It comes with a side-mounted fingerprint sensor as well.

As for other recent launches, Oppo has introduced the Reno 8 series in China consisting of three phones. All three smartphones feature an AMOLED screen on the front. The Reno 8 Pro has been launched with the recently unveiled Snapdragon 7 Gen 1 and is the first smartphone to come with the new chipset. Oppo Reno 8 5G on the other hand, packs the MediaTek Dimensity 1300 octa-core chipset.