Top 10 reasons why you should NOT buy OnePlus TV 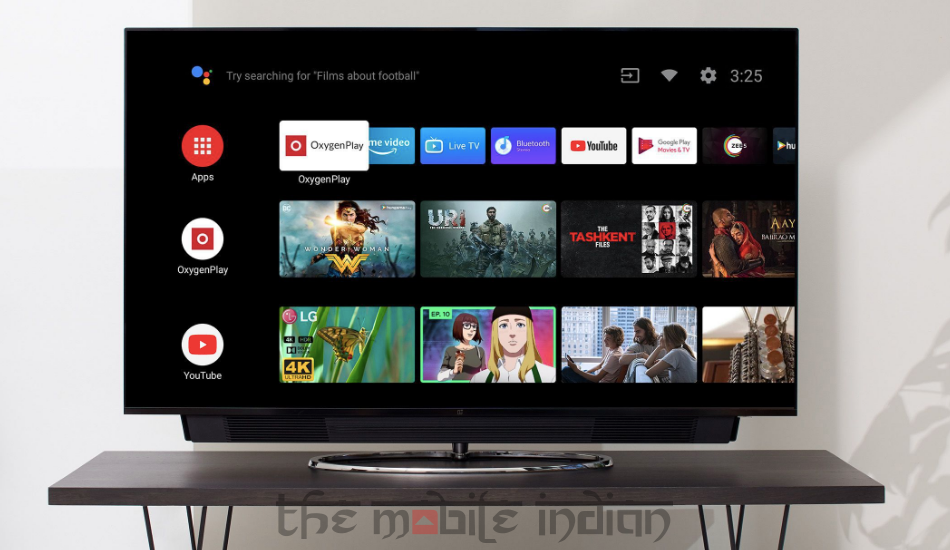 It has been a month since OnePlus debuted its two TVs and while the TVs have their own set of features to be praised about, there are some drawbacks as to why you shouldn’t purchase one right away.

It has been a month since OnePlus debuted its two TVs and while the TVs have their own set of features to be praised about, there are some drawbacks as to why you shouldn’t purchase one right away. Here are some to name a few.

The very first and basic thing you talk about when it comes to televisions is how well it displays your daily content. While OnePlus claimed a 120 percent coverage of NTSC’s colour gamut, the colours shown on the screen look overly saturated. Although this can be tweaked inside the TVs colour calibration screen, the fact that a user needs to do this out of the box is not the OnePlus way of keeping things clean. Another underwhelming case about OnePlus TV has been the local dimming solution when using HDR. The OnePlus TVs lack a full array local dimming system which needs to be in place to tone down intense backlighting and adjust contrast.

OnePlus is using a VA panel which means its viewing angle will not be as good as IPS or OLED panels. GSMArena in its review of the TV said: “Moving just a few angles off-axis causes the colours to wash out, meaning anyone not sitting directly in front of the television gets a noticeably worse picture”.

Several reviewers have also mentioned that the display panel on the OnePlus TVs doesn’t quite offer consistency. While this will be hard to notice when playing content on the screen, edges of the TV sometimes appeared with a darker shade than at the centre when having a plain colour displayed. This meant that the VA panels used on the Q1 and Q1 Pro had different colour temperatures.

When HDR is enabled, the OnePlus TVs bring motion interpolation which cannot be separately switched off. With motion interpolation, content plays with a soap opera effect which is said to make sports look life-like but at the same time hinders experience when watching movies and TV shows.

In the words of Android Central “Most content today is shot at 24fps, but it isn’t ideal for sports as that leads to motion blur. TV manufacturers have turned to motion smoothing, essentially adding a frame in between every other frame to smooth out the motion. While it’s great for sports, it creates an eerily-smooth quality to movies and TV shows”.

5. Floating panel and design not so secure

While OnePlus earns praises for the design of its smartphones, its first generation of TVs fails to make an impression. In an ideal scenario, we would certainly love a chrome-accented design and carbon fibre finish but the combination and the implementation could have been better. The biggest fear about the design comes down to how it stands on a flat surface as the TV wobbles around its frame.

The issue seems to occur due to the centralised mounting points of the stand that is causing the entire TV to wobble at the slightest of touches. GSMArena says “the stand design isn’t confidence-inspiring, particularly due to the weight of the TV”. The folks at Android Central said, “While aesthetically the Q1 Pro is quite nice, the build quality isn’t as good as we’d like it to be”.

6. Remote functions or the lack of it

Slim form factors are appreciated in terms of smartphones but when holding a TV remote, we can’t say the same. The OnePlus TV remote gets its design elements from Apple TV’s remote which itself didn’t receive any positive feedback. Volume levels can be adjusted through the buttons on the edges, the same way that you’d do on a smartphone but in this case, a user needs to re-adjust the grip of the remote to access the buttons. There isn’t any mute button on the remote, means you’ll have to manually tone down the volume to zero while the slim and slippery form factor will take using the remote for longer duration out of the equation.

In a review of the TV, Android Authority said “The remote for the OnePlus TV is slippery and way too tiny, so you will spend more time fishing it out of your sofa’s crevices than actually using it. The diminutive build and location of the volume button make no sense at all”.

7. OnePlus Connect app doesn’t offer an upgrade over the physical remote either

8. No charging indicators for the battery

The OnePlus remote comes with a USB-C port for charging, unlike any other smart TV remote. While the company says the remote will last to up to 1.5 months on normal use, there is no indicator on the TV nor the remote that shows the current level of charge left on the device or if the remote is charging when plugged in.

OnePlus TVs run on Android 9 Pie-based custom software which offers a slew of pre-installed apps including YouTube, Amazon Prime Video, Eros Now, Hungama, Jio Cinema and Zee5. While the availability of the Google Play Store is a plus, OnePlus TV deviates from the company’s stand on clean software since none of its pre-installed apps can be uninstalled.

10. Absence of 60fps or HDR support on YouTube, AirPlay 2 support

The YouTube app installed on the OnePlus TV does not support content playback at 60fps or HDR. Even when screencasting, the TV doesn’t play HDR videos. The TV also doesn’t offer AirPlay 2 support which allows users to stream content from iPhone, iPad or Mac to the TV. AirPlay 2 has been previously enabled in smart TVs from Samsung, Vizio, Sony and LG.