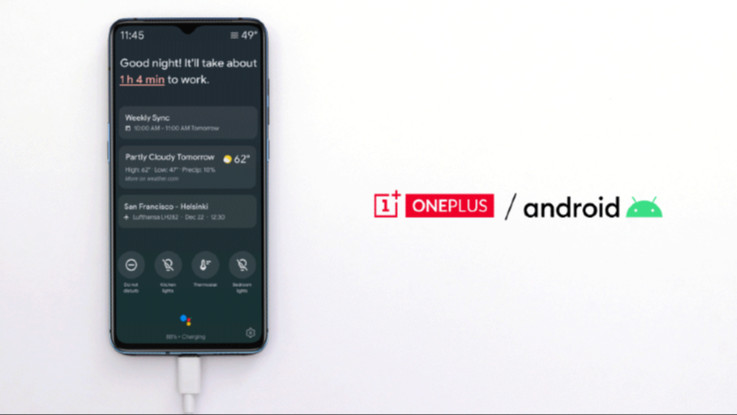 The Ambient Mode was made official with Android 10 operating system. The feature basically allows proactive Google Assistant experience whenever the device is being charged. This simply means that the Mode turns the smartphone screen into a smart display. The feature will showcase different information like suggestions on agenda, weather, reminders and more from Google Assistant.

Furthermore, with Ambient Mode, users can control smart home devices, control music playback, display photos from Google Photos and more. In order to start this mode, users need to connect the OnePlus smartphone to the charger and then click on the notification and follow guidance to finish the setup process.

Moreover, one can enable this feature in the Google App Settings. Users need to go Google App > More > Settings > Google Assistant > Select the Assistant tab > Devices (Phone). The company has revealed that this is a staged rollout and the company might take up to a week to roll out this feature to all the OnePlus smartphones.

OnePlus 8 Pro will feature a 6.5-inch Super AMOLED display with 120Hz refresh rate. The phone will come with a vertical quad-camera setup and will be powered by a Snapdragon 865 SoC paired with 8GB of RAM and 128GB/256GB internal storage.