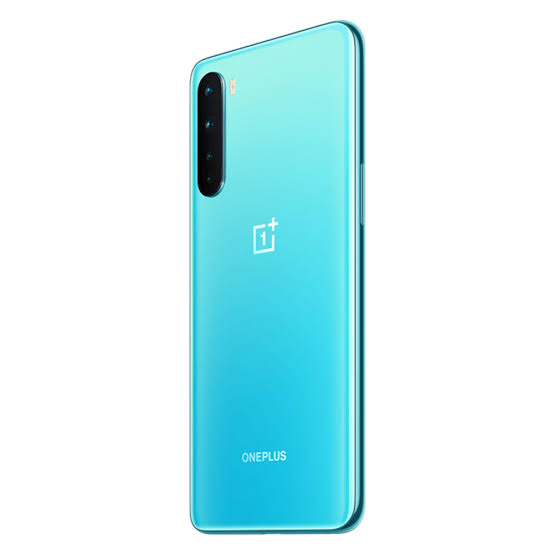 OnePlus seems to have confirmed that a Nord successor is coming soon as the company might have revealed the name for the upcoming device through its own website. The upcoming Nord successor could be called the Nord2 and we might also have a launch timeline for the same.

OnePlus is running a new promotional offer in partnership with Google where the chinese brand is giving away free Stadia Premiere Edition only in the UK, Germany and France. The new OnePlus Nord2 seems to have appeared in the FAQ section of the offer where the names of other released devices sit. 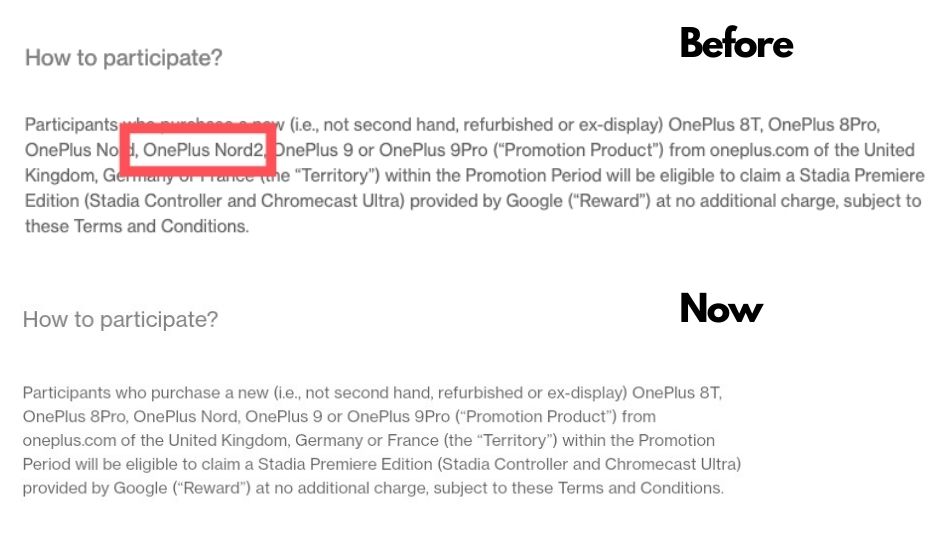 The company seems to have now corrected the mistake but we might be looking at a launch that could take place soon. To be precise, it could be before September 30th as the Stadia offer also runs till the same date, so there would be no point in mentioning the device if it doesn’t launch before the mentioned date.

There haven’t been any major leaks about the device but rumours say that the OnePlus Nord2 could be powered by the MediaTek Dimensity 1200 SoC. Expected BIS listing of the Nord2 was also spotted recently which suggests the smartphone could launch sooner than ever in India.