Google Pixel 7a renders have been leaked which suggest it will have a dual rear camera setup, 90Hz refresh rate display and more. 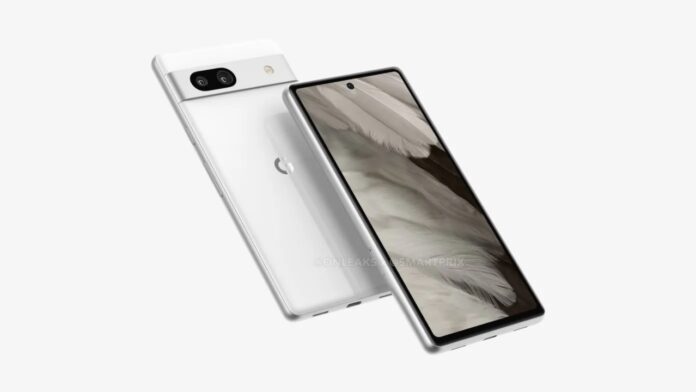 OnePlus came up with its Nord series a couple of years back and since then, it has expanded its Nord lineup every year with multiple devices. Now, the renders of an upcoming Nord device, the Nord CE 3, have been leaked in high resolution. Alongside it, the renders for the Pixel 7a, an upcoming mid-range Pixel device from Google, have also appeared.

OnLeaks, in collaboration with 91Mobiles, leaked the renders of the OnePlus Nord CE 3 which the tipster suggests are based on a prototype unit but are as close to the final product. The device, which can be seen in a glossy black option, has flat sides instead of curved ones found on previous Nord CE models.

Coming to the display, there’s a centre punch-hole cutout for the selfie camera and slim bezels on the sides and the top, though the chin is a thicker one. The volume buttons are on the left side, while the power button that doubles up as a fingerprint sensor reside on the right spine.

The phone seems to have a triple rear camera setup. There are two large cutouts for sensors, with the top one housing a single camera and the bottom one accommodating two lenses. There’s an LED flash next to the camera island and the OnePlus logo in the middle. There is a microphone on top while the bottom has speaker grills, a USB Type-C port for charging, and another microphone.

OnLeaks is also the tipster behind leaked renders of Google Pixel 7a where he has collaborated with Smartprix. The renders for these device show that Google isn’t ready to give up on its current generation smartphone’s design language yet. The Pixel 7a looks highly similar to Pixel 6a and the Pixel 7 as well.

Next, a Google logo is in the rear panel’s middle. The camera island houses two sensors which can be seen in an oval-shaped area with the flash placed next to them. Overall, it adopts the same camera bar design as Pixel 6, 6a and 7.

At the front, the device will have thin bezels all around and a slightly thicker chin. The device will have a top-centred punch-hole cutout located on display. The power button and the volume rocker are located at the right spine of the handset, and the SIM tray can be seen on the left spine.

Per the leak, it will have a USB-C port at the bottom and the device will be available in two colours, dark grey and white. As for other specifications, the Google Pixel 7a will include an FHD+ display with a 90Hz refresh rate developed by Samsung. The rear camera setup of the device may include IMX787 and IMX712 sensors. It should have the Tensor G2 chip under the hood and could also pack wireless charging support.