The OnePlus Nord 2 launch timeline has been tipped. The phone could launch sometime late in July and could be powered by the Dimensity 1200 SoC. 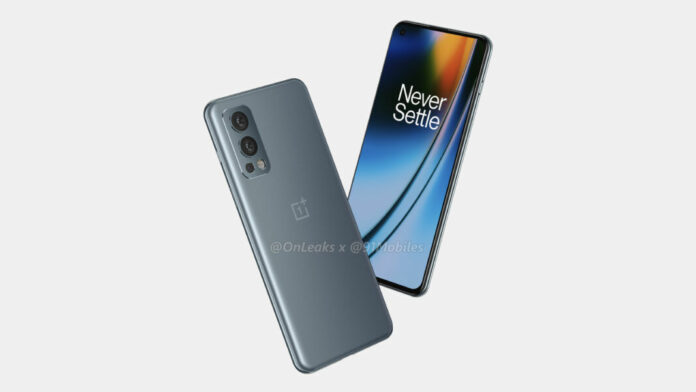 OnePlus recently expanded its Nord portfolio with the Nord CE 5G. Now, the OnePlus Nord 2 launch has been tipped, pointing towards the further expansion of the lineup. The OnePlus Nord 2 could arrive as a premium mid-range flagship with a MediaTek Dimensity 1200 SoC.

The tip comes from known tipster Mukul Sharma on Twitter. As per him, the OnePlus Nord 2 could be launched during the last 10 days of July, considering there are no last-minute changes. The phone could launch around the 24th of July. There’s no official word from OnePlus regarding the launch but it could be expected soon as the leaks have started coming in.

The renders for the upcoming OnePlus Nord 2 have already been leaked. The renders show that the smartphone has a hole-punch cutout at the top left for the selfie camera. In addition, there seem to be thin bezels around three sides with a narrow chin at the bottom.

There could be a rectangular camera array on the back, housing the triple camera setup along with an LED flash. On the left resides the volume rocker, while on the right, we get to see the power button and the alert slider.

The phone has also been spotted on Geekbench revealing MediaTek Dimensity 1200 chipset could power the device. In addition, it should sport a 6.43-inch FHD+ 90Hz AMOLED touchscreen. The phone will likely debut in two storage configurations – 8GB + 128GB and 12GB + 256GB.

The phone will have an in-display fingerprint sensor and will be backed up by a 4,500 mAh battery with at least 30W or 65W fast charging. OnePlus Nord 2 will have a triple rear camera system with a 50 MP Sony IMX766, an 8 MP ultrawide sensor and a 2 MP mono sensor. At the front, the phone should get a 32MP camera for selfies.