OnePlus 7 pricing, renders leaked ahead of launch on May 14

The renders show the smartphone in a black colour variant.

Meanwhile, some renders of the OnePlus 7 phone have also been leaked online by popular tipster, Roland Quandt. The renders show the smartphone in a black colour variant. As per the renders, the smartphone has a waterdrop notch to house the selfie camera. The earpiece grille still sits above the notch.

On the back, the OnePlus 7 features a dual camera setup. The primary camera is a 48MP Sony IMX586 with a LED flash. The rear side also has a OnePlus logo below the dual cameras and the word “OnePlus” written further down. The alert slider and power button are present on the right side while the volume rocker lies on the left side.

As for the specifications, the OnePlus 7 is said to sport a 6.4-inch display with full HD+ resolution. The phone will pack a dual rear camera setup with a combination of 48-megapixel primary sensor with an f/1.7 aperture and a 5-megapixel sensor for depth sensing. 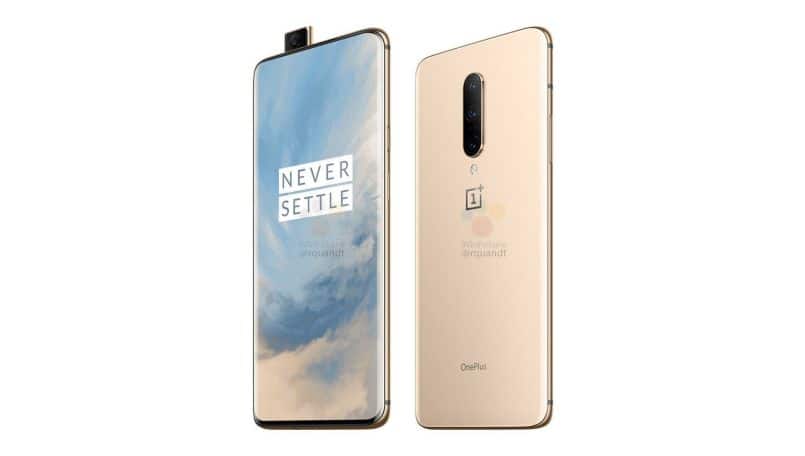 The OnePlus 7 Pro is expected to feature a 6.67-inch full-screen display with a resolution of 3120×1440 pixels and a maximum refresh rate of 90 Hertz. It will be powered by a Qualcomm Snapdragon 855 processor with 10GB of RAM and an under-the-display fingerprint scanner.

It will have a triple rear camera set up with a 48MP+16MP+8MP sensors. It will pack a 4000mAh battery and a new UFS 3.0 flash storage of 128GB and 256GB capacity. The device will run on Android 9 Pie with OxygenOS.

OnePlus 7 Pro will not have an IP rating, but you can still dunk it in water