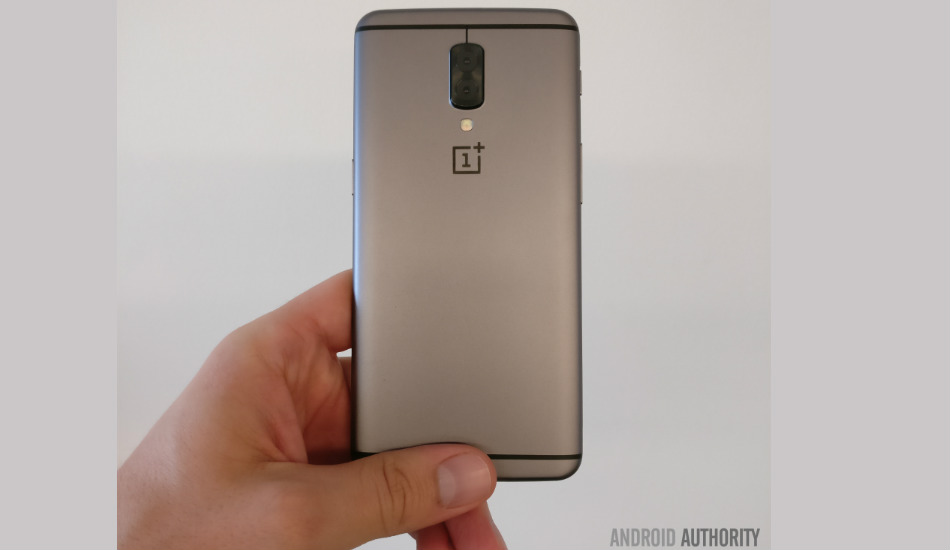 OnePlus 5 is turning to be a hot topic of debate in the tech town, all thanks to numerous contradicting rumours, especially about the camera department. However, adding more fuel to this confusion, a new prototype of the device has emerged online showing a vertical dual-camera setup.
The leaked photo of the prototype, which was obtained by Android Authority, shows that the device might follow a similar design language just like its predecessor, OnePlus 3T. However, it is worth noting that this is just a prototype and the final device might look different. Still, the main motive of the image is to give a glimpse of the upcoming flagship device from OnePlus.
Further, the report also mentions quoting some sources that OnePlus is “looking at a significantly higher price point due to components and design”. The price of the device could be as high as $650, which roughly translate to Rs 41,669, all thanks to the fact that the OnePlus 5 will come loaded with “more costly components”.
Meanwhile, a separate indicates that the OnePlus 5 will come loaded with a 16-megapixel rear camera along with Sony IMX398 sensor and 1.12-micron pixels. The report further mentions that the company would use the same camera found in Oppo R9s. A recent Antutu listing also reveals that the device will sport a 16-megapixel rear and front cameras.
However, it seems the general mood of the rumours is more inclined towards the dual rear camera setup, but the bone of contention lies in the placement of the cameras. Some reports, including this one, indicates that it will be vertically aligned, but other indicates that it will be aligned horizontally.
Recollecting some previous leaks, OnePlus 5 will run on the latest Android 7.1.1 Nougat and will be powered by the latest Qualcomm Snapdragon 835 processor along with Adreno 540 GPU. The smartphone is reported to boast a Full HD display with a screen resolution of 1080 x 1920 pixels, which contradicts previous rumours predicting a Quad HD display for the upcoming flagship device. The screen size will be of 5.5-inch. The device will be backed by a 6GB of RAM and 64GB of internal storage.
It is also reported that it will come with a bigger 3600 mAh battery (Evan Blass leaked a 4000 mAh non-removable battery). Interestingly, similar to what we saw on OnePlus 3 and 3T, OnePlus is likely to go with a front-facing fingerprint scanner at the front. OnePlus is also expected to introduce the new Dash Charge 2.0.