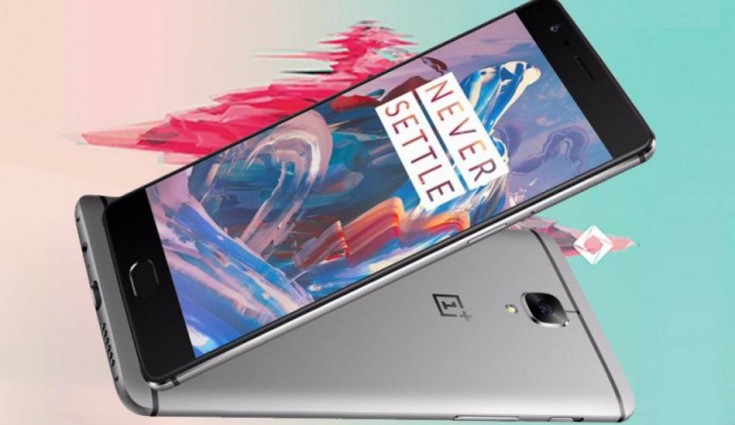 The OnePlus 5 is said to be featuring a 4000mAh battery with Dash Charge fast charging support.

Earlier wereported that OnePlus might skip the number 4 for its next flaghsip and instead come with OnePlus 5 straight away. Now, as per the latest report by Korean Daily, the upcoming flagship from the Chinese handset manufacturer has started doing the leak rounds.To explain, Number 4 is considered as an unlucky number as it resembles the symbol of death.

As per Koreanportal.com, the OnePlus 5 will be featuring a dual edged display just like the Galaxy S7 Edge. The smartphone will flaunt a 23-megapixel rear camera and 16-megapixel front camera for selfies, the same one that is present on OnePlus 3. It will come with 6GB or 8GB of RAM, 64 GB or 128GB of internal storage and 256GB of expandable memory via micro sd card slot. The smartphone is said to feature a ceramic body like the Xiaomi Mi Mix which is inline with earlier reports that the company is planning to replace the aluminium body of the phone with a ceramic one. OnePlus 5 is tipped to come with ceramic bodyshell made by the same firm which created the Xiaomi Mi Mix’s ceramic exterior.

The OnePlus 5 is said to house a 4000mAh battery with Dash Charge fast charging support. It will come with a Type-C USB port and with wireless charging. Since it is highly likely that Samsung’s this year’s flagship device, the Galaxy S8 and Galaxy S8+ will include Qualcomm Snapdragon 835 processor, one could also expect that OnePlus might use a Snapdragon 830 chipset instead, as Samsung is said to have hoarded the initial production of the 835 SoC. OnePlus 5 is said to be running on Android 7.0 Nougat operating system out of the box, and OnePlus OxygenOS UI on top of it.

RELATED: OnePlus 4 with Snapdragon 830 SoC expected to arrive in 2017

As per rumors, OnePlus 5 is likely to be announced at the end of Q2 2017. We advise our readers to take these specs with a pinch of salt as none of these has been officially confirmed by OnePlus. Stay tuned at The Mobile Indian network for more updates on this.

Note: The above image is of OnePlus 3