In an official blog, Microsoft has also shared its plans to fight spam and provide ample of tools for the users to block out spam. Besides that the company aims to ramp up Hotmail interface once again; same would be reflected in the mobile app version of the Hotmail. 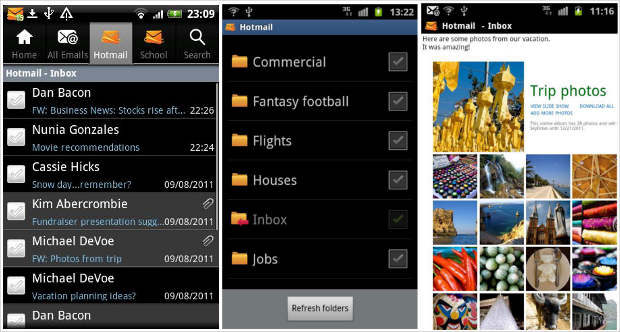 The official Hotmail app for Android has black background based interface and depends on push mail mechanism to fetch emails. The app also allows keeping calendar and contacts in sync with the Android mobile phone. Hotmail account owners can view even their sub-folders and even send photos to other contacts using the Hotmail app.

Officially, it is now available for download from the Android Market. Microsoft plans to release native Hotmail app for Apple iPhone, iPod touch and iPad once the iOS 5 is released for public.