Nubia Z18 teased to be launched on September 5 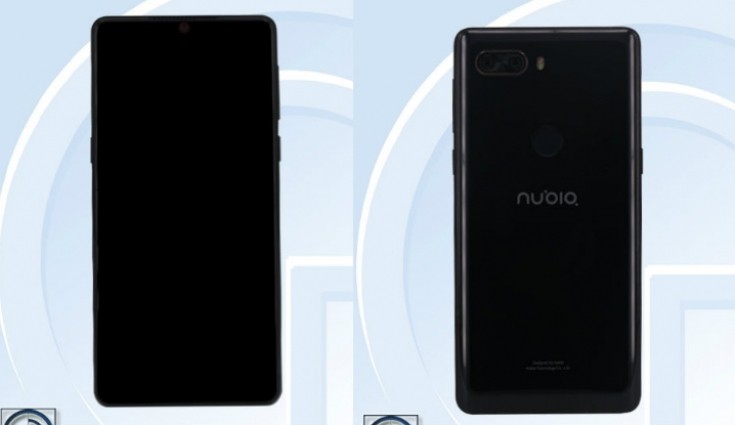 Nubia Z18 will come with 6GB RAM and Qualcomm Snapdragon 845 1.77 GHz octa-core processor. The phone will run on the Android 8.1.0 Oreo operating system.

After being spotted in various leaks and rumours for almost three months now, the ZTE Nubia Z18 has finally got a launch date. The smartphone will be announced on September 5 in China.

The launch date has been confirmed by the company on its official Weibo handle. Earlier Nubia CEO Ni Fei on Weibo revealed that the Nubia smartphone will be featuring Full Screen 3.0 design by sharing a teaser poster. The teaser showed that the smartphone will feature the selfie camera on top of the screen in the middle. The Z18 will come with higher screen-to-body ratio than the Z17S which was launched last year with a screen-to-body ratio of 90.36 percent.

The Nubia Z18 was spotted on Geekbench last month revealing that the phone will have a 6GB RAM and Qualcomm Snapdragon 845 1.77 GHz octa-core processor. The phone will run on the Android 8.1.0 Oreo operating system. 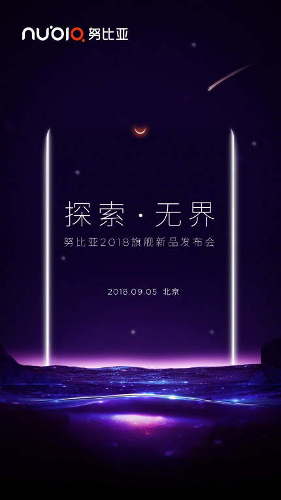