Nokia’s mobile division was formally acquired by Microsoft and several changes are expected in near future. Meanwhile, Nokia has shared a teaser update through its Twitter account about a Lumia device centric event on October 22. This crytic update carries text such as Innovation Re-invented, blazing and stories in the teaser. Quite obviously, Nokia is expected to launch its first large screen device – Lumia 1520. 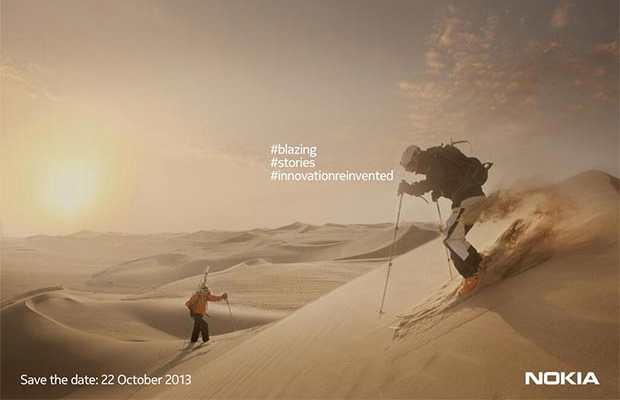 Nokia has teased the event image with two folks surfing in the sand, hinting at the capital of UAE – Abu Dhabi. At the event, Nokia is expected to unveil the Lumia 1520 codenamed as Bandit. The Lumia 1520 will feature a 6-inch touchscreen display with 1920×1080 pixel resolution natively. This large screen device will be powered by quad-core Qualcomm Snapdragon series mobile processor. Nokia is rumored of adding a 20.7 megapixel camera with PureView imaging technology in this large screen device.