Nokia has officially announced the launch of its Windows Phone 8 based Lumia 925 and the Lumia 625 smartphones in India. Ironically, both the devices were made available few days back before this official launch. While the Nokia Lumia 925 is available for Rs 33,499, the Lumia 625 is being sold by many online retailers for Rs 19,499.

The Nokia Lumia 925 flaunts a full aluminum chassis and is mere 8.5 mm thick. The 139 grams weighing smartphone has a dual-core 1.5 GHz Qualcomm Snapdragon S4 Pro mobile processor, 1 GB RAM and 16 GB internal storage. The Lumia 925 comes with a 4.5-inch AMOLED display with 1280×768 pixel resolution and has been made of Gorilla Glass 2. 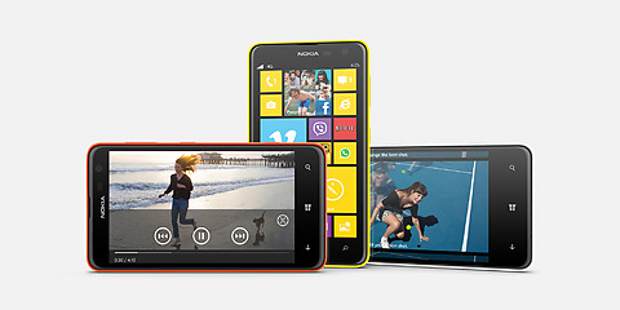 The Nokia Lumia 925 runs Windows Phone 8 mobile OS and uses an 8.7 megapixel image sensor with PureView technology as the Lumia 920. However, the optimization comes in the lenses where Nokia has added a layer of glass lens as the sixth lens with the regular five plastic lenses in the image sensor. Apart from that, Nokia has added an improved optical image stabilization to offer better performance in both – bright and low light conditions.

The Nokia Lumai 625 features a 4.7-inch IPS display with 480×800 pixel resolution. The display has been constructed using the Corning Gorilla Glass 2 technology and is slightly curved and supports touch for nails as well as gloves. The Nokia Lumia 625 houses a 1.2 GHz dual core Qualcomm Snapdragon S4 (MSM8930) mobile processor with 512 MB RAM and 8 GB on-board storage. Along with that it gets memory card slot capable for up to 64 GB. At the rear, Lumia 625 features a 5 megapixel camera, with capability of recording full 1080p HD videos, and an LED flash. The front facing VGA camera can be used for video calling as well as for self portraits.