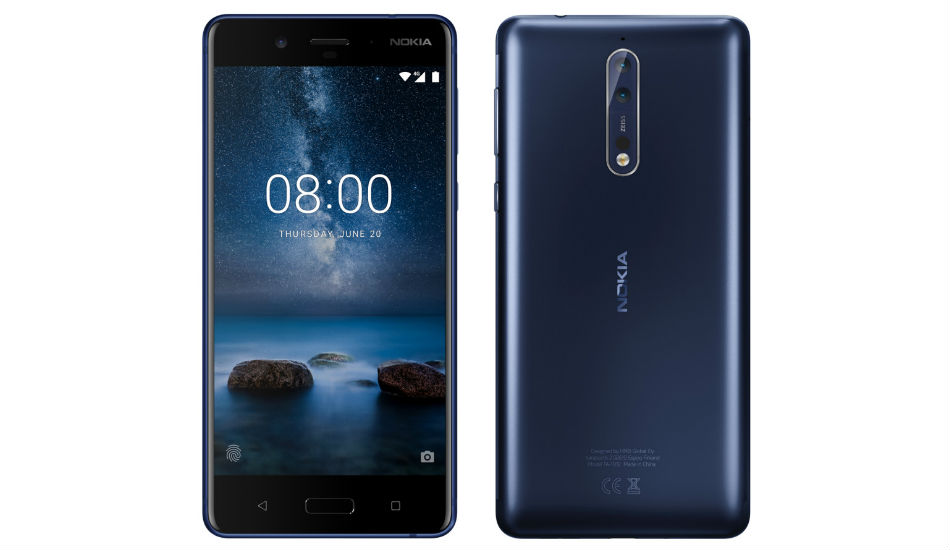 HMD Global has started rolling out Android 8.0 Oreo update for its Nokia 8 smartphone in India. The Oreo update for Nokia 8 has been announced by Juho Sarvikas, Chief Officer at HMD Global in his official twitter handle. The update is 1518.1MB in size and includes the November Android security update as well.

Users can go to Settings> About Phone, to check for the latest update.With the latest update, the smartphone will have picture-in-picture mode that lets users to two tasks simultaneously. So, for example, one can minimise a YouTube video while sending a text message or writing an email. Android Oreo has other features like including detailed Notification dots for every app and Autofill passwords, faster boot times, background limits, installation of apps via APK, over 60 new emojis, notification dots, Wide-gamut colour for apps, Snoozing individual notification, Adaptive icons, Keyboard navigation, WebView enhancements and much more.

To recall, the company launched the Nokia 8 was launched in India in September for Rs 36,999. Recollecting some key specs, the Nokia 8 is powered by an octa-core (Four 2.5GHz Kryo + Four 1.8GHz Kryo) Snapdragon 835 processor with 4GB of LPPDDR4X RAM along with 64GB of internal storage which can be expanded to 256GB.

The flagship Nokia phone comes with a 5.3-inch IPS QHD display with a resolution of 2560 x 1440 pixels which is protected by Corning Gorilla Glass 5 in a 2.5D finish for better aesthetics. As far as the build quality is concerned, it comes in a 6000 series aluminium body in has four colour options– two with the glossy finish and two in Matte Polished Copper, Polished Blue, Tempered blue and Steel.

The primary dual-lens camera includes 13-megapixels (Colour + OIS) along with 13-megapixels (Mono) sensors with dual-tone Flash with an aperture of f/2.0, 76.9˚, PDAF and IR range finder. ZEISS powers the camera department. In the front, there is a 13-megapixels PDAF, 1.12um, f/2.0 selfie camera. The IP54 splashproof Nokia 8 comes with 3.5mm ADJ headphone jack (3-mics) and USB 3.1 Type-C. It has a hybrid dual-SIM card slot and is powered by a 3,090 mAh battery.