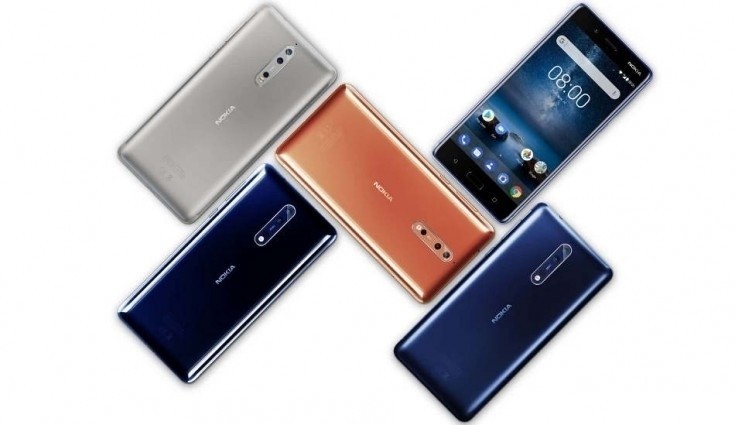 The company initially promised to roll out the update for the phone in November along with Nokia 8 Sirroco, but the phone did not receive any update till now.

After a long delay, HMD Global has finally started rolling out the Android 9 Pie stable update has finally to Nokia 8 smartphone. The company initially promised to roll out the update for the phone in November along with Nokia 8 Sirroco, but the phone did not receive any update till now.

HMD Global Chief Product Officer Juho Sarvikas has announced the update on his official Twitter handle. The tweet says that the phased rollout of the Android 9.0 Pie update for the Nokia 8 starts now. So, the update won’t be rolled out to everyone instead it will take few days before reaching out to everyone.

Enjoy the festivities with another fresh piece of Pie from us – this time on Nokia 8! Phased roll out of #Android 9 Pie for #Nokia8 starts today.

To recall, the company launched the Nokia 8 in September last year for Rs 36,999. The phone currently retails in India at Rs 25,999. The Nokia 8 comes with a 5.3-inch IPS QHD display with a resolution of 2560 x 1440 pixels which is protected by Corning Gorilla Glass 5 in a 2.5D finish. It is powered by an octa-core (Four 2.5GHz Kryo + Four 1.8GHz Kryo) Snapdragon 835 processor. The phone has 4GB of RAM and 64GB storage internal storage, with microSD card support up to 256GB. Nokia 8 has dual 13-megapixel rear sensors and a 13-megapixel front sensor. The battery capacity of the smartphone is 3,090mAh