Android Pie to roll out for these Nokia smartphones soon 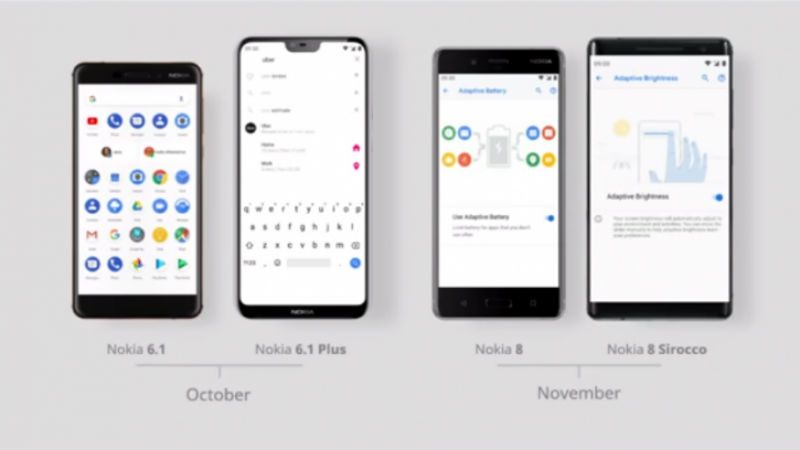 The Nokia 7 Plus has already received an update to Android 9 Pie last week.

HMD Global launched Nokia 7.1 smartphone at an event in London yesterday. At the launch event, the company has announced that its earlier phones would be getting the latest Android Pie update soon.

Nokia 6.1 and Nokia 6.1 Plus will be getting the update this month only in October while the Nokia 8 and Nokia 8 Sirocco will get the update next month in November. However HMD Global has not announced any particular date for the roll out of the update. Nokia smartphones are promised to get Android updates after 2 years and security updates for 3 years from the launch date of the device.

The Nokia 7 Plus has already received an update to Android 9 Pie last week.

The Android Pie update will bring in machine learning and AI features, such as Adaptive Battery and App Actions, ensure smarter resourcing of power and processing and accelerate smartphone functionality. It will also add Digital Wellbeing features to help encourage breaks from screen time. The App Actions will learns more about your daily usage and assists you with your everyday tasks. The Adaptive Battery feature will limit battery usage of rarely used apps.