Nokia 7 Plus leaked with 18:9 display and dual rear cameras 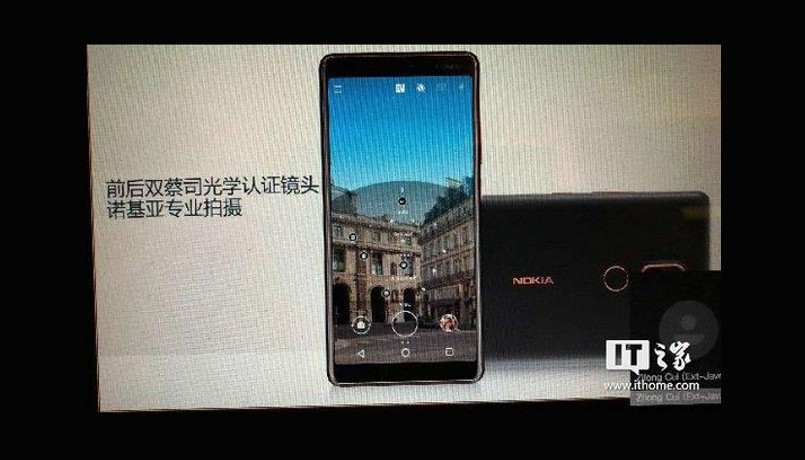 Nokia 7 Plus may be HMD Global’s first full-screen smartphone.

HMD Global is said to announce the Nokia 7 Plus at the upcoming Mobile World Congress event to be held later this month in Barcelona. Now ahead of the launch, presentation slides revealing complete specifications and image of Nokia 7 Plus have been leaked.

The slides have been shared by Nokia Power User and it reveals the complete design and specifications of Nokia 7 Plus. The slides show the device in aluminium unibody and a ceramic texture. As per the leaked presentation slide, the Nokia 7 Plus will have a 6-inch full HD+ display with 18:9 aspect ratio and a resolution of 2160 x 1080 pixels.Nokia 7 Plus may be HMD Global’s first full-screen smartphone. It will be powered by Snapdragon 660 chipset with Adreno 512 GPU. 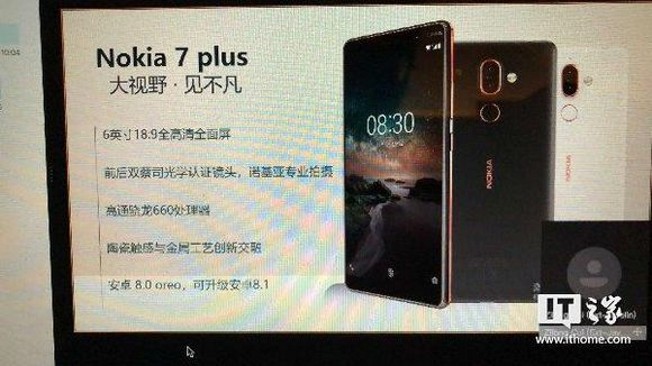 The slides also reveal that Nokia 7 Plus will feature dual rear cameras with 12-megapixel and 13-megapixel sensors. The secondary sensor will be a telephoto lens and will offer Portrait mode as well. At the front of the phone, there will be a 16-megapixel selfie camera with f/2.0 aperture. The device will run Android 8.0 Oreo out of the box as well.

The company has already scheduled its launch event on February 25th, just ahead of MWC 2018 event which will be held from February 26 to March 01 this year. In the event, the company might launch Nokia 9 and Android Oreo (Go Edition) based Nokia 1. Apart from these two phones, the company is also said to launch the Nokia 4, Nokia 7 Plus and Nokia 8 (2018).

As per the earlier GeekBench listing, the Nokia 7 Plus comes with Snapdragon 660 chipset – a mid-range SoC of Qualcomm. This means that the phone is most likely to be a mid-range phone. Moreover, the listing shows the phone with 4 GB of RAM and the Android 8.0 Oreo operating system.

The current Nokia 7 has 16-megapixel rear camera, WiFi, Bluetooth, GPS, USB type-C port and NFC. Under the hood, Nokia 7 comes with a 3000 mAh battery, which does not support any kind of fast charging. It has a 6 GB RAM model with 64 GB internal storage. So we are expecting Nokia 7 Plus to at least have similar features with a bigger battery of course.