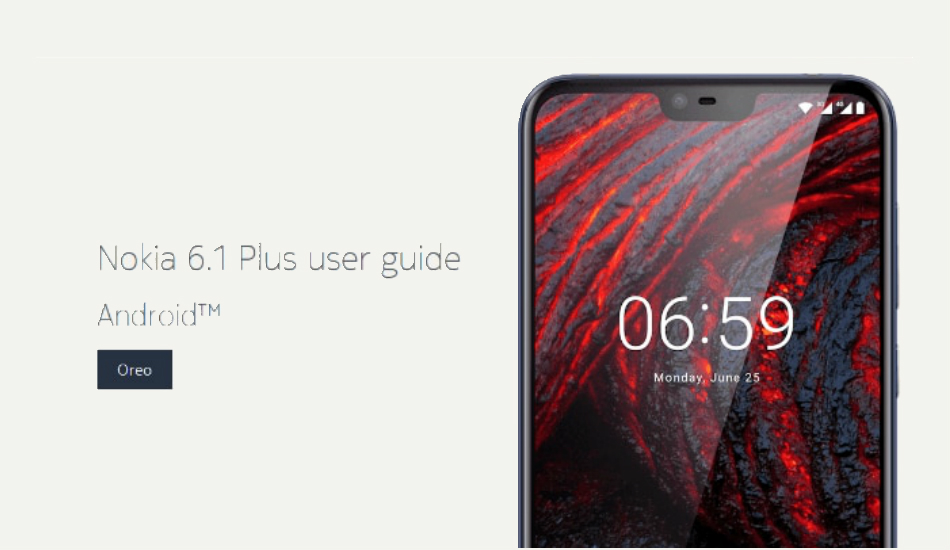 The Nokia 6.1 Plus is also expected to be launched simultaneously in Russia and Taiwan as similar details have been spotted in the respective regions. It’s no wonder that HMD is rushing into releasing the Nokia 6.1 Plus across more markets as it is the company’s first attempt into the iPhone X-like notch foray

A week after launching the Nokia X5 in China, HMD is readying up another smartphone but this time for a launch in the Indian market. The Nokia X6 which was launch back in May in China is now about to make its debut in India and is expected to be announced as Nokia 6.1 Plus. Having passed through Geekbench earlier this month, the upcoming Nokia smartphone has now popped up on the company’s Indian website as a user guide which states SAR information in India.

Spotted firsthand by NokiaPowerUser, the latest report suggests that an Indian Nokia 6.1 Plus might hit the market earlier than expected as the device was earlier projected to launch sometime in August or September. Though this is no direct proof that the device is coming to India, it’s to be noted that the release of Nokia 6.1 Plus in Hong Kong earlier this month didn’t include details about the Indian SAR and an Indian-based user guide does imply that HMD is preparing for a launch event in the imminent future. 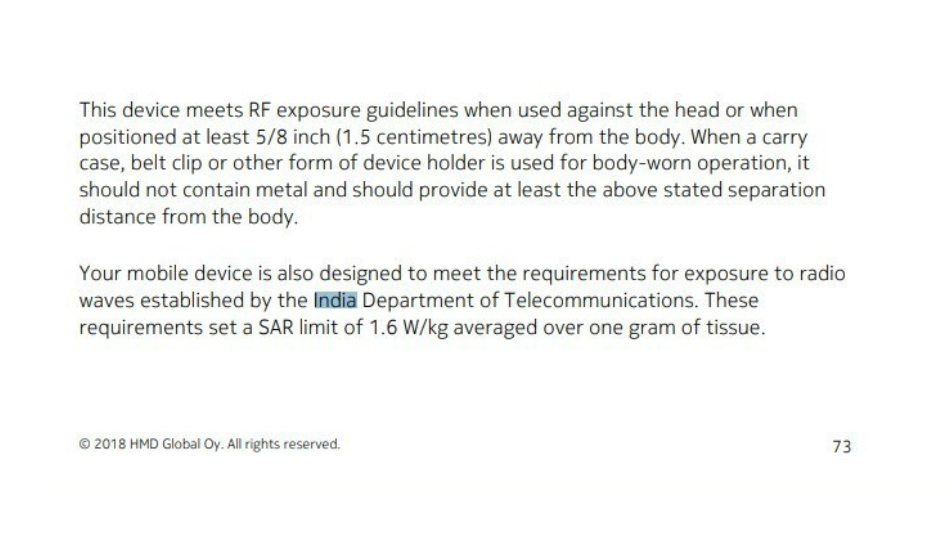 The Nokia 6.1 Plus is also expected to be launched simultaneously in Russia and Taiwan as similar details have been spotted in the respective regions as well. It’s no wonder that HMD is rushing into releasing the Nokia X6 aka Nokia 6.1 Plus across more markets as it was the company’s first attempt into the iPhone X-like notch foray. The Nokia 6.1 Plus on its release will feature a glass body and a 5.8-inch Full HD+ display with a screen resolution of 2280 x 1080 pixels, 19:9 aspect ratio and Corning Gorilla Glass 3 protection.

Powered by the latest octa-core Qualcomm Snapdragon 636 chipset clocked at 1.8 GHz, the Nokia 6.1 Plus will come loaded with an Adreno 509 GPU, up to 4GB of RAM, and 64GB of internal storage. There will be a dual rear camera setup with a combination of 16MP primary and 5MP monochrome sensors with f/2.0 aperture and 1-micron pixel size and a 16-megapixel camera on the front for selfies and video calling, all go which will be powered by AI features.