Nokia 2 price revealed by a US retailer ahead of launch

The listing reveals that the smartphone will be available in Black and White colour options.

HMD Global is reportedly working on a new budget-centric Nokia smartphone. Dubbed as Nokia 2, the phone has been subjected to various leaks in the past and new leaks suggest the price tag of the upcoming smartphone. 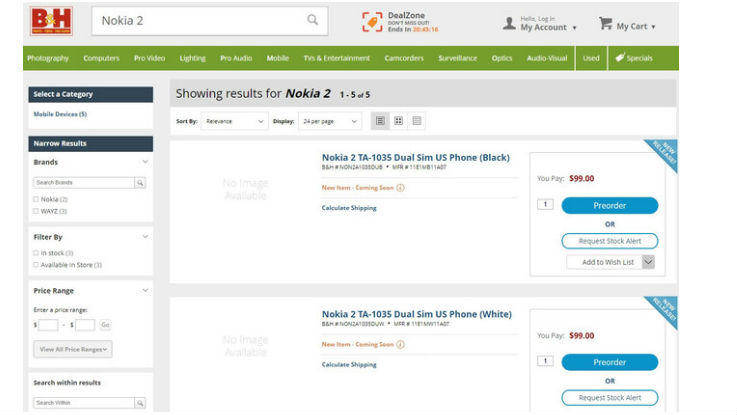 As per earlier leaks, Nokia 2 might feature a 5-inch HD display which will be powered by a 1.27 GHz Quad-core Qualcomm Snapdragon 212 processor. It will come with 1GB, 8GB of internal storage and run Android 7.1.1 Nougat. It is said to feature an 8-megapixel rear camera and a 5-megapixel front camera.