The phones made by SmartNamo are available on an online retail store.

As reported by The Mobile Indian earlier, two phones dedicated to Narendra Modi and made by SmartNamo – an independent organisation which claims to have no relation with the BJP prime ministerial candidate – are now available on Snapdeal for pre-order. You can order the phones – SmartNamo Saffron One (32 GB and 16 GB), and the Saffron Two (32 GB & 16 GB) – by just paying Rs 999. Both black and white versions of the phones are available as well. Note that the phones will be available from 2nd week of October this year.

The SmartNamo Saffron Two is priced at Rs 24,000 and comes with dual SIM connectivity. It has 2 GB RAM, 1.5 GHz MTK6589T quad core processor, and Android 4.2.1 Jelly Bean operating system. The Saffron 2 has 6.5 inch capacitive display with full HD (1920×1080 pixels) resolution. Besides, the phone has 13 megapixel auto focus rear camera and a 5 megapixel front camera. For connectivity, it has Bluetooth, WiFi, GPS, and micro USB. Besides, this handset has a 3150 mAh battery.

The SmartNamo Saffron One is priced at Rs 23,000 and comes with a 5 inch capacitie touchscreen with full HD (1920×1080 pixels) resolution. It has dual SIM, WiFi, Bluetooth, and GPS. The phone is powered by 2 GB RAM, 1.5 GHz Mediatek MTK6589 Turbo quad core processor, and Android 4.2.1 Jelly Bean operating system. It too has a 13 megapixel rear autofocus camera and 5 megapixel front camera. 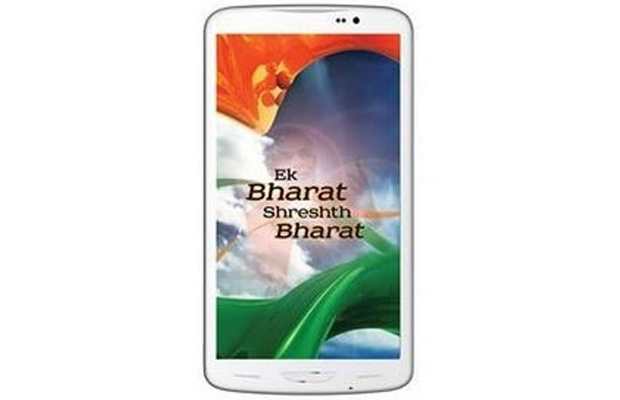 The 9.8 mm thick Saffron One weighs 126 grams and has a 3150 mAh battery. Curiously, the listing on Snapdeal says that the Saffron One (both 32 GB and 16 GB versions) has 64 GB expandable storage slot while the Saffron Two do not have any micro SD card slot despite being priced higher.