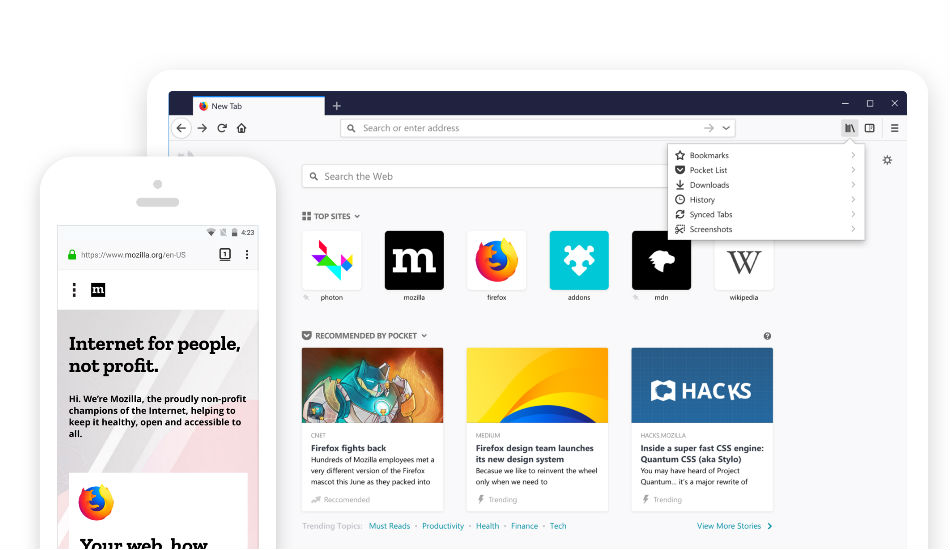 The app uses less memory compared to other browsers even when the multiple tabs are open in the background.

Mozilla has announced a new browser which is twice as fast as Firefox. Dubbed as Firefox Quantum, the new browser is available on Android and iOS platforms along with Windows, Mac, and Linux.

Mozilla stresses that the first thing a user will notice about the new browser is the speed. The app uses less memory compared to other browsers even when the multiple tabs are open in the background. Further, it comes loaded with a new user interface known as Photon. The company says that the Photon UI is “incredibly fast and smooth”.

The company says that to create Photon, the brand conducted a research that studied how people browsed the web. “We looked at real-world hardware to make Firefox look great on any display, and we made sure that Firefox looks and works like Firefox regardless of the device you’re using,” the company says in a blog post.

The user interface is modern, intuitive and houses guidelines, reusable UI components, templates, and other resources for users. Additionally, Google will also become the new default search provider in the United States and Canada. The latest browser has more than 60 search providers pre-installed across more than 90 languages.

Coming to the performance, the browser comes loaded with a new CSS engine, Stylo, that the brand claims take better advantage of today’s hardware with multiple cores that are optimized for low power consumption. The Firefox Quantum also helps users to prioritize over other and it also comes with pocket recommendations alongside with most visited pages.