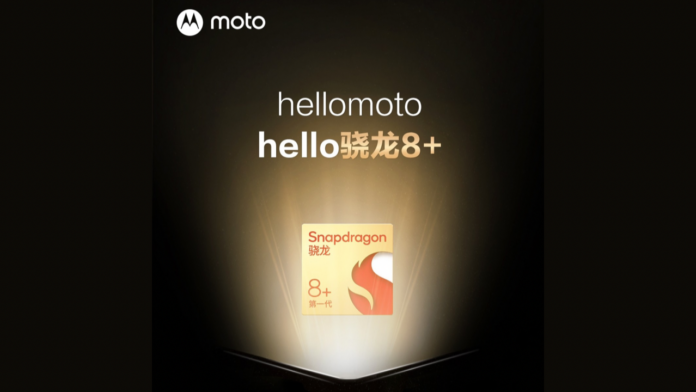 Motorola was all set to unveil its foldable smartphone called Razr 2022 alongside the X30 Pro on August 2 but the company cancelled the launch event at the last minute. The reason behind the cancellation hasn’t been provided by the brand. Motorola was posting teasers about its upcoming foldable on Weibo and also confirmed that it would be powered by the Snapdragon 8+ Gen 1.

Motorola and Lenovo mobile general manager Chen Jin abruptly announced on Weibo that the launch event for Razr 2022 and X30 Pro had been cancelled. “I’m sorry to inform you that the Moto new product launch scheduled for 7:30 tonight has been cancelled for some reason”, read a machine-translated excerpt of Jin’s post.

“We are deeply sorry for this, and thank you for your enthusiastic support for Moto’s new products. For information about new products, you can continue to pay attention to Moto’s official information platform”, added the official Motorola Weibo account to Jin’s post.

While a reason hasn’t been mentioned behind the cancellation of the launch, it could be due to the rising tensions between Taiwan and China when US House Speaker Nancy Pelosi confirmed plans to visit Taiwan on Tuesday.

For those unaware, U.S. House of Representatives Speaker Nancy Pelosi arrived in Taiwan late on Tuesday on a trip which according to her, shows an unwavering American commitment to the Chinese-claimed self-ruled island. However, China condemned the highest-level U.S. visit in 25 years as a threat to peace and stability in the Taiwan Strait.