Fresh leak of the Motorola Moto X+1 smartphone images point at the imminent launch by next month.

Motorola is working on the successor of the Moto X smartphone with improved features and hardware. The popular EVLeaks posted image of the purported Motorola Moto X+1 smartphone showing different back panel design support just like the Moto X. From the leaked image, one can figure out that the smartphone can be expected to launch around the September 17 time next month.

Since Moto X has a 4.7 inch touchscreen, the Motorola Moto X+1 is expected to feature a 5.2-inch display sporting 1920×1080 pixel resolution and thereby pushing pixel density of 424 pixels per inch. The Moto X+1 is powered by quad-core 2.5 Ghz Qualcomm Snapdragon 801 mobile chipset paired with 2 GB RAM. 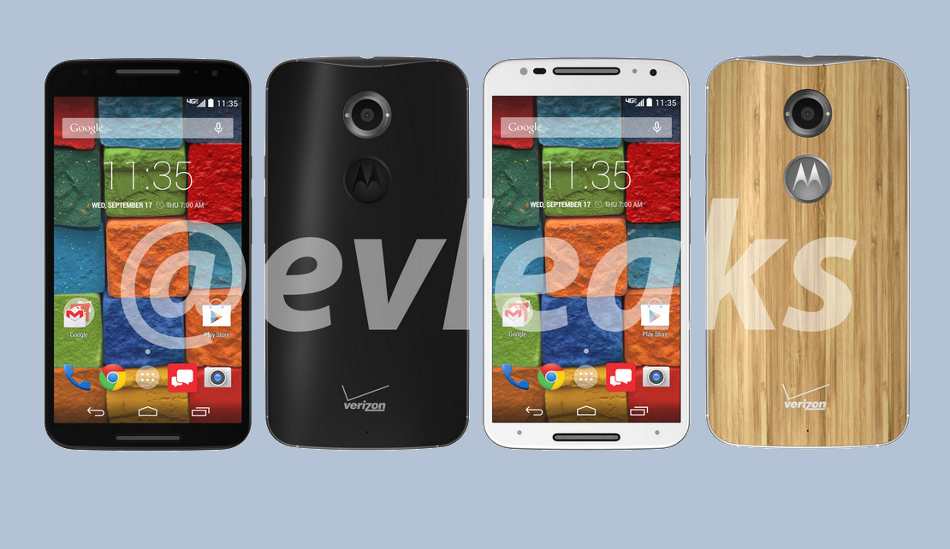 By default, it can be expected to run the next Android L version. At the rear, X+1 is said to have a 12 megapixel camera with an LED flash below it. This camera would be capable to record 4k resolution videos. In the front, it would have a 5 megapixel camera to capture great quality selfies.

Motorola is reported to come with a 2900 mAh battery to support the powerful hardware and provide decent run time. As per the leaked images, the X+1 model seems to support 4G LTE network as well.