As per reports, the second generation Moto G will come with 5-inch HD display and quad-core Qualcomm Snapdragon 400 mobile.

Motorola is reportedly working on the second generation Moto G smartphone which would be released early next month. Quoting a Motorola representative, GSMArena reported that Motorola Moto G2 will arrive with 5-inch HD display sometime around September 10. Moreover, it said that the phone will be launched as Moto G2 and in two versions â€“ the 8 GB version is said to be priced at Rs 15, 258 while the 16 GB may be priced at Rs 16,929. 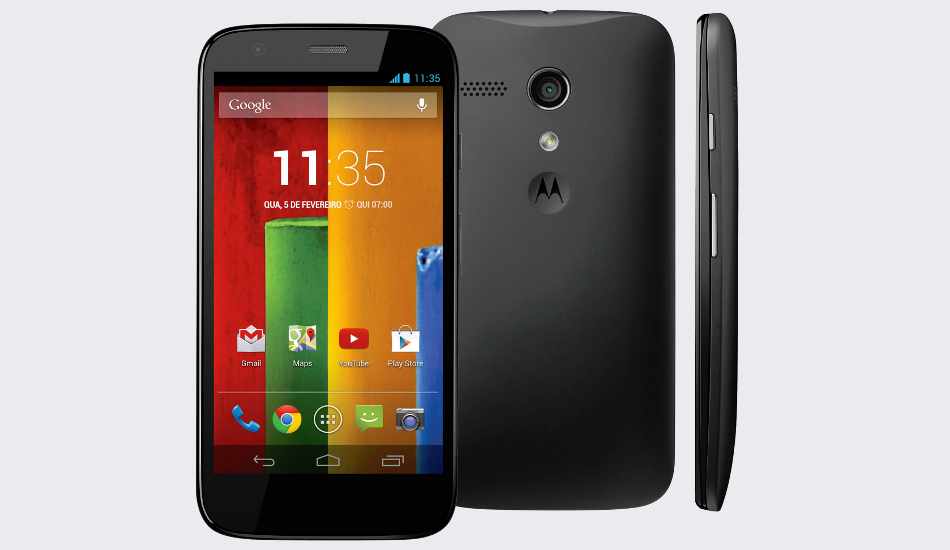 Motorola is expected to introduce the successor of its current hot favorite mid-range model – Moto G, by next month. Expected to be launched as the Moto G2, the smartphone will feature 5-inch display with 1280×720 pixel resolution. Motorola will power it with a quad-core 1.2 GHz
Qualcomm Snapdragon 400 mobile chipset and Adreno 305 GPU. The smartphone would feature 1 GB RAM and the Android 4.4.4 KitKat operating system as Google is yet to formally announce and release the Android L update.

At the rear, the Moto G2 will feature an 8 megapixel camera with LED flash and this camera would be capable of recording HD videos. In the front, it would have a 2 megapixel camera with HD video capability. By default, the internal storage options will be 8 GB and 16 GB, however it is quite unlikely that these handsets will have microSD card slot. Obviously, Motorola will release the dual SIM versions for India.

Motorola is expected to unveil the Moto G2 and it might showed off at the IFA Berlin 2014 convention taking place between September 5 to September 10.