Motorola Edge 30 Fusion BIS listing has now been leaked. It suggests that the India launch of the smartphone is just around the corner. 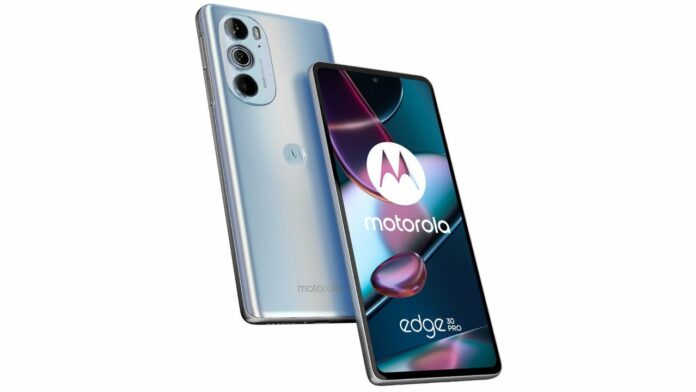 Motorola Edge 30 was launched in India in May this year. Now seems like the company will also bring another Edge 30 series smartphone called Motorola Edge 30 Fusion in the country soon.

Motorola Edge 30 Fusion smartphone with the model number XT2243-1 has been listed on the BIS website. The appearance on the BIS indicates that the India launch of the Motorola smartphone is just around the corner. The listing was first spotted by MySmartPrice.

The listing only shows the model number and does not reveal any major details for the upcoming Motorola phone. But it shows that the phone will be launched in the Indian market soon.

As per earlier leaked specifications, the Edge 30 Fusion may sport a 6.55-inch screen with a FHD+ resolution. It is however not known if it will sport an LCD or an AMOLED display. It is expected that it will feature a 90Hz or 120Hz AMOLED display.

The phone is expected to come with 8GB of RAM and 128GB of internal storage. It is said to come pre-loaded with Android 12. Apart from these, the details for the processor, camera, and battery capacity are still not known. We expect more details for this Motorola phone to surface soon.

Last year, Motorola launched the Motorola Edge 20 Fusion. The Edge 20 Fusion sports a 6.67-inch 10-bit OLED display with a refresh rate of 90Hz. The MediaTek Dimensity 800U SoC powers the phone, along with up to 8GB of RAM.

The cameras on the back include a 108-megapixel primary sensor, 8-megapixel ultrawide angle shooter and 2-megapixel depth camera. On the front, there’s a 32-megapixel selfie camera.

It has a side-mounted fingerprint scanner, a water-repellent design and packs a 5000mAh battery. The battery can charge at up to 30W speeds. It also runs My UX based on Android 11.