The Moto E5 Plus comes in Black, flash grey, blue and gold colours, Moto E5 is available in Flash grey and Fine Gold colour options, while the E5 Play has been launched in black, dark lake and flash grey colours.

Motorola today announced three phones under G6 series today that includes G6, G6 Play and G6 Plus. Alongside, the company also revealed the E5, E5 Play and E5 Plus.

The E5 Plus is the bigger of the two, boasting a humongous 6 inch LCD touchscreen with 1440×720 pixels resolution. The 1.4 GHz Snapdragon 435 processor powers this phone with Adreno 505 GPU and 3 GB RAM. There is 32 GB of internal storage on this phone.

Coming to the Moto E5, the smartphone features a 5.7-inch HD+ display with a screen resolution of 1440 x 720 pixels.The phone is powered by a 1.4GHz quad-core Qualcomm Snapdragon 425 processor along with Adreno 308 GPU. The Moto E5 is backed by a 2GB of RAM and 16GB of internal storage, which can be further expanded up to 128GB via micro SD card slot.

The device features a 13-megapixel rear camera with LED flash, f/2.0 aperture, 1.12-micron pixel size and PDAF, while for the front, there is a 5-megapixel shooter for selfies and video calling. The smartphone runs on Android 8.0 Oreo it is backed by a 4000mAh battery with fast charging. On the connectivity front, the Moto E5 supports 4G VoLTE, WiFi, Bluetooth 4.2, GPS, 3.5mm audio jack and dual-SIM. The phone measures 154.4 x 72.2 x 8.95 mm and weighs 174 grams. 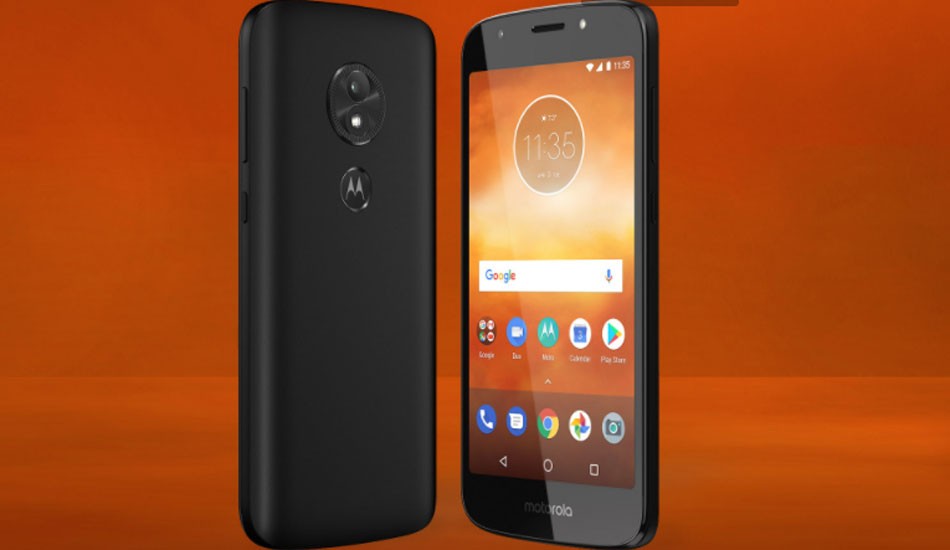 There is a 2800 mAh battery is in the phone. Other than that the E5 Play offers 8 MP camera with f2.0 aperture and a 5 MP front camera. The rear camera has Slo motion mode, Burst Shot, Manual Mode, HDR, Panorama and Auto Night Mode. For connectivity, it has 4G LTE, GPS, WiFi, and a single nano-SIM slot.

The Moto E5 Plus comes in Black, flash gray, blue and gold colours, the Moto E5 will be available inFlash gray and Fine Gold colouroption, while the E5 Play has been launched in black, dark lake and flash gray colours.