Moto G9 Plus specs and price revealed ahead of launch 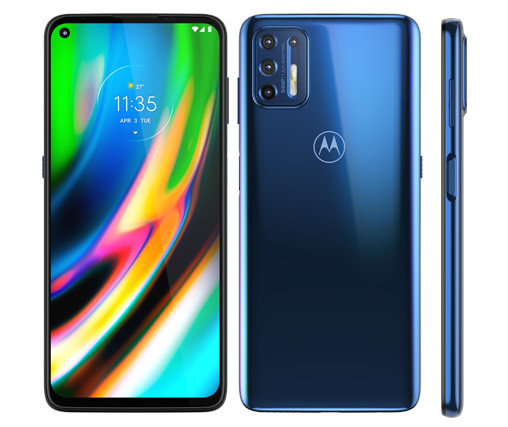 Moto G9 Plus will feature a 64-megapixel primary camera

Moto G9 was launched in India recently. Motorola is now speculated to launch Moto G9 Plus as well. The upcoming Motorola smartphone specifications and price have been revealed by a telecom carrier.

Moto G9 Plus has been listed by mobile network operator Orange Slovensko for EUR 235 (roughly Rs. 20,300). The listing was first spotted by Twitter user Roland Quandt. The phone will feature a 6.8-inch full-HD+ display with 2400 x 1080 pixel resolution.

The listing does not reveal processor but it is rumoured to be powered by Snapdragon 730G octa-core processor. There is 4GB of RAM onboard along with 128GB of expandable storage which can be expanded using a microSD card.

The G9 Plus will feature a side-mounted fingerprint scanner and it will likely arrive in blue colour.

Meanwhile, Moto G9 features a 6.5-inch HD+ Max Vision with 1600×720 pixels resolution. It is powered by Qualcomm Snapdragon 662 processor with 4GB RAM, 64GB of onboard storage.

The phone is backed by a 5,000mAh battery with 20W Turbopower Charging and runs on Android 10. There is a triple-camera setup with a combination of 48-megapixel primary lens, 2-megapixel depth sensor and a 2-megapixel sensor. Upfront, there is an 8-megapixel camera.