Moto G72 has been launched in India with a 120Hz pOLED display, 5000mAh battery, 33W fast charging and more. 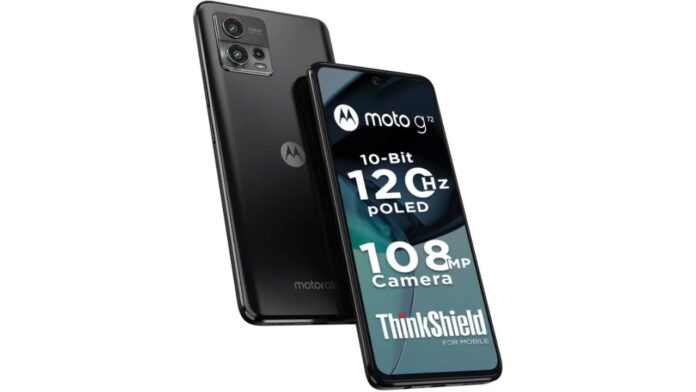 Motorola has launched the Moto G72 in India as a new 4G budget offering. The device comes with the segment-first 10-Bit 6.6″ 120Hz pOLED display and a 108-megapixel camera system. Further, the device comes with stereo speakers with support for Dolby Atmos. However, is it the ideal choice in its price? Let’s take a look.

The Moto g72 will be available in two colour variants, Meteorite Grey and Polar Blue for Rs 18,999, but with select offerings, it can be purchased for Rs 14,999 for the time being. The smartphone will go on sale from October 12, 12 noon onwards on Flipkart. Launch offers on Moto G72 include:

The device sports an octa-core MediaTek Helio G99 processor. It is paired with 6GB of LPDDR4x RAM and 128GB of uMCP storage. In addition, the storage is expandable up to 1TB via a microSD card. It is backed with a 5000mAh battery unit and 33W TurboPower fast charging support.

The phone also features an in-display fingerprint sensor for biometric authentication. Connectivity options on the handset include 4G LTE, Wi-Fi, Bluetooth v5.1, GPS/ AGPS, NFC and USB Type-C. The phone runs on Android 12 with the company’s My UX skin on top. The company has confirmed one OS update and 3 years of security patches for the phone.

Motorola Moto G72 surely seems to offer some interesting features for its price but the lack of 5G may be a deal breaker for many, as 5G has started rolling out in India. So there are a bunch of other alternatives to look for, be it 5G or 4G smartphones. Take a look:

The handset packs a Snapdragon 695 5G chipset under the hood that runs at a clock rate as high as 2.2 GHz. The phone runs FunTouch OS 12 based on Android 12 on the software side. You get up to 8GB of LPDDR4x RAM and 128GB of UFS 2.2 storage that is expandable up to 1TB using a microSD card.

There is a triple camera setup on the back of the iQOO device. This includes a 50MP primary camera with f/1.8 aperture, a 2MP depth sensor and a 2MP macro sensor with f/2.4 aperture. The bokeh sensor, however, is limited to the 6GB and 8GB models and is not available on the 4GB variant. On the front, this one has a 16MP selfie camera with f/2.0 aperture.

The phone is backed by a 5,000mAh battery with 18W fast charging support. It also supports reverse charging with an OTG cable, which transforms your phone into a power bank to keep you and your other devices active. The phone comes with connectivity features like 5G SA/ NSA, Dual 4G VoLTE, Wi-Fi (2.4GHz, 5GHz), Bluetooth 5.1, GPS/GLONASS/QZSS/Galileo and USB Type-C.

The Pova Neo 5G, that launched a while back in India, starts at Rs 15,499 and sports a 6.8-inch FHD+ big dot notch display with a 120Hz refresh rate. In addition, the 240Hz Touch sampling rate should offer you smooth touch response while you are gaming. There’s 393 ppi and 500 nits peak brightness. The device draws power from a Dimensity 810 processor.

The Tecno Pova Neo 5G comes with a dual rear camera setup that includes a 50MP rear camera and an AI lens (F2.0 aperture). At the front, you get a 32-megapixel sensor for selfies.

Further, it has 4GB LPDDR4x RAM and 128GB eMMC 5.1 internal storage. There is expandable memory up to 512GB by dedicated SD Card slot. It runs on HiOS 8.6 based on Android 12. Lastly, the Tecno phone packs a 6000mAh battery and has an in-box 18W flash charger which charges the phone to 50% in less than an hour.

The Realme 9 starts at Rs 17,999 sports a 6.4-inch 90Hz Super AMOLED display with a 360Hz touch sampling rate, in-display fingerprint sensor, and 1000 nits of peak brightness. It is powered by the Snapdragon 680 SoC which is paired with up to 8GB of RAM and 128GB of UFS 2.2 storage which is expandable up to 256GB using a MicroSD card.

The Realme handset comes with the world’s first 108MP Samsung ISOCELL HM6 sensor, paired with a 2MP 4cm Macro camera and an 8MP 120-degree ultrawide angle sensor. The device weighs 178 grams with 7.9mm of thickness. There’s a 16MP selfie sensor on the front. It also comes with a 3.5mm headphone jack. The device is backed by a 5000mAh battery with 33W fast charging. Connectivity options include 4G LTE, Bluetooth 5.1, Wi-Fi and GPS. 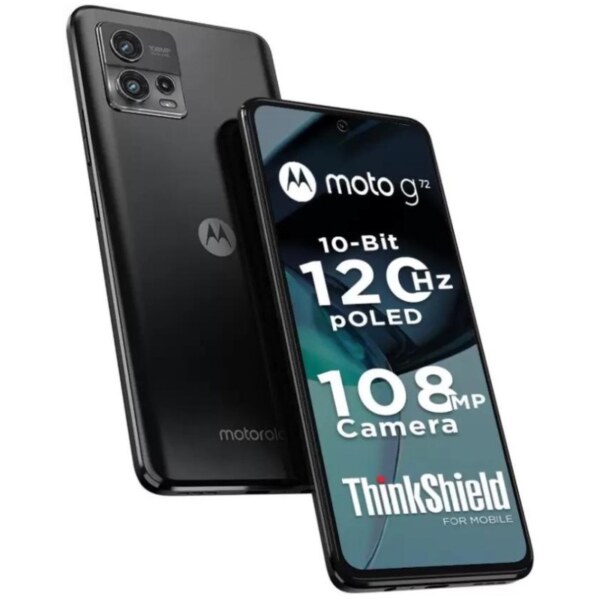