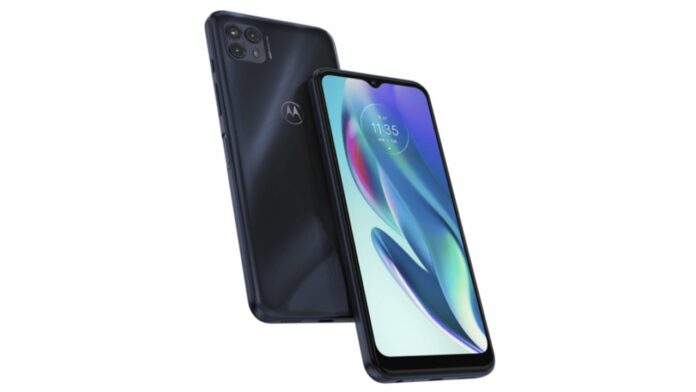 Motorola is reportedly working on a new smartphone, as it has been spotted on the popular benchmarking website, Geekbench. Dubbed as Moto G Pure, the Motorola smartphone has been listed on the Geekbench site revealing its key specifications.

The Geekbench listing reveals that the smartphone will be powered by an octa-core processor clocked at 2.0GHz. In addition, the phone will pack Mediatek’s Helio G25 chipset. It will likely be a budget offering from the company.

Moving on, the listing reveals that the phone runs on the Android 11 operating system. The phone has received 135 points in the single-core test and 501 points in the multi-core test. The device is loaded with 3GB of RAM. However, there might be more RAM variants when it launches.

Before the Geekbench listing, the Moto G Pure was also spotted on TUV certification, revealing some key smartphone specifications. As per the certification, the smartphone would come with a 4,000mAh battery. It also emerged on FCC and Wi-Fi alliance certification, which revealed the device would boot Android 11 out of the box.

Meanwhile, Motorola recently launched Motorola G50 5G in Australia. It is priced at AUD 399, which is approx. Rs 20,500 for the sole 4GB + 128GB storage model. It comes in Meteorite Grey and Green colours.

It has a 48-megapixel primary sensor, a 2-megapixel depth camera, and a 2-megapixel macro sensor. For selfies and video calls, the device uses a 13-megapixel shooter. There’s also a 5,000mAh battery with support for standard 10W charging.