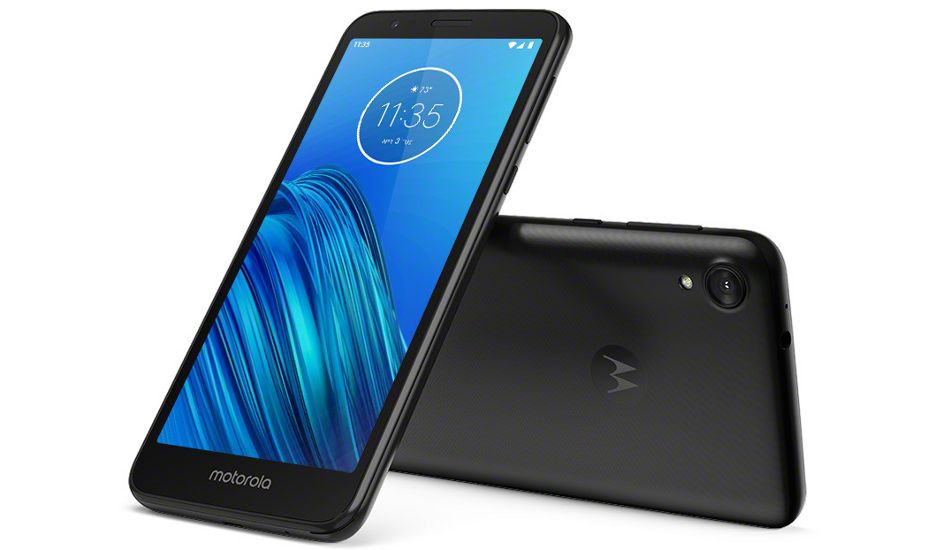 Motorola has launched Moto E6 in the ‘E series’. The Moto E6 is priced at US$149.99 (Rs. 10,360 approx.) and will go on sale in the United States starting today from Verizon and roll out through T-Mobile, Metro by T-Mobile, Boost Mobile, U.S. Cellular, Consumer Cellular and Xfinity Mobile. Motorola will also sell the phone via Amazon, Best Buy, Walmart and B&H Photo. It comes in Starry Black and Navy Blue colour variants.

The Moto E6 features a 5.5-inch (1440 × 720 pixels) HD+ 18:9 Max Vision IPS display. Under the hood, the phone is powered by a 1.4GHz Octa-Core Snapdragon 435 processor with Adreno 505 GPU. The phone is backed by a 2GB of RAM and has a 16GB of internal storage, which can be further expanded to 256GB via microSD card slot. The fingerprint sensor is missing in this device.