Moto E40 will debut in India soon. However, Motorola has not revealed the exact launch date of the upcoming smartphone. 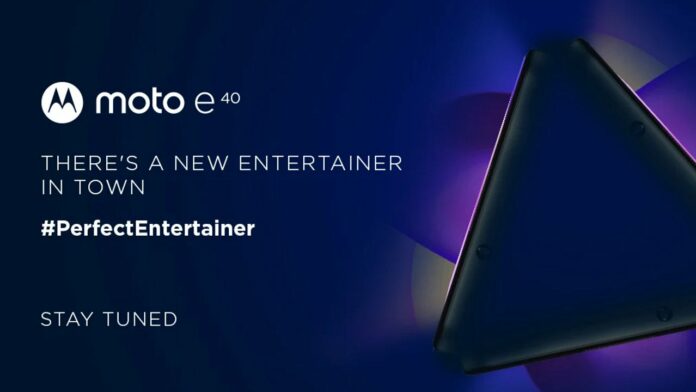 Moto E40, the latest smartphone from Motorola will soon launch in India. The company has now started teasing the launch of Moto E40 smartphone in India.

Motorola has posted the teaser on its official Twitter handle with the tagline “The Perfect Entertainer.” However, Motorola has not revealed the exact launch date. It also did not reveal the key specifications of the upcoming Motorola smartphone.

The phone was recently listed on a Romanian online retailer’s website revealing Moto E40 specs and price. As per the listing, Moto E40 is priced at RON779.99 (roughly Rs 13,630) and has two colour options – Pink and Gray.

The listing says that the phone will pack Unisoc 700 chipset. This will be coupled with 4GB of RAM and 64GB of onboard storage. In addition, the device will run Android 11 out of the box on the software side.