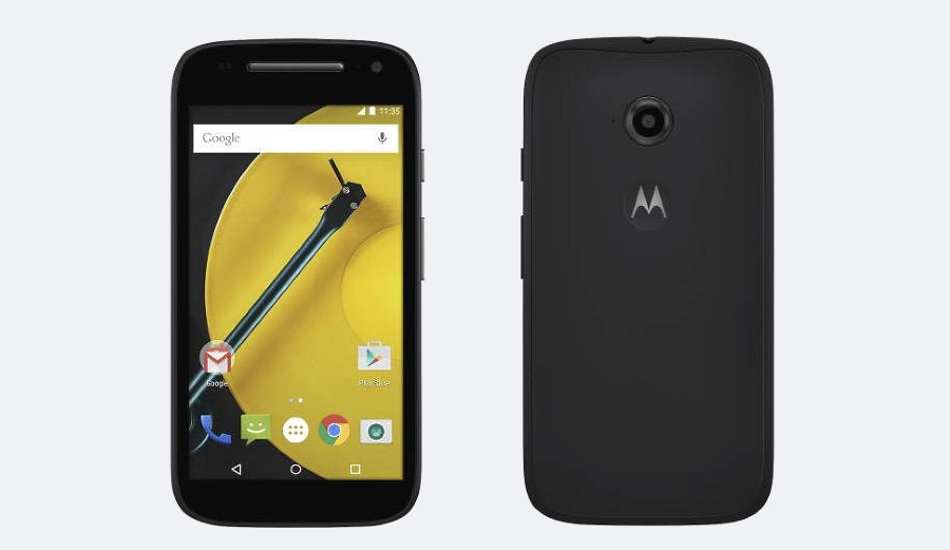 Motorola is all set to launch a new smartphone in India soon. Company has started sharing teasers of its upcoming smartphone on its social media platforms.

“#FearOfMissingOut on power to last the day? Soon you’ll #NeverMissOut on all day battery. #ComingSoon,” the teaser read, indicating a big battery in the upcoming phone.

Incidentally, yesterday Motorola launched Moto E3 Power in Hong Kong with a huge 3500 mAh battery. So now the grapevine is filled with rumours that Moto E3 Power might be the phone about which the company is issuing the teaser.

Recently, Moto E3 Power (XT1706) was also found listed on Indian export import website Zauba in huge quantity, which gives strong reasons to believe that the upcoming smartphone of Motorola would be none other than Moto E3 Power.

As far as Moto E3 Power specifications are concerned, it features a 5-inch HD (1280x720p) IPS display and is powered by a 1.0GHz quad-core Mediatek (MTK6735) processor. It comes with 2GB of RAM and 16GB of internal storage, which can be further expandable up-to 128GB via microSD card.

The Moto E3 Power runs on Android 6.0 Marshmallow operating system. On the camera front, the Moto E3 Power has an 8-megapixel auto-focus rear camera with a LED flashlight and a 5-megapixel front-facing camera for selfies and video chats. Besides, the smartphone offers Dual SIM, 4G/LTE, WiFi, GPS, a micro USB port, and a Rear ported speaker (1W).

The Moto E3 Power seems to be the upgraded version of Moto E3 smartphone launched last month in UK at Euro 99 or Rs 8,831 approximately.