Microsoft today unveiled a new feature phone, which bears the Nokia name. The Nokia 215 will be available in single and dual SIM versions. It has been priced at $29 ( around Rs 1,900) and be available in select markets, starting in the Middle East, Africa, Asia and Europe in Q1 2015.

The Nokia 215 is not just a simple phone which can only be used for making calls or sending SMSes, it can connect to internet and supports Bluetooth. 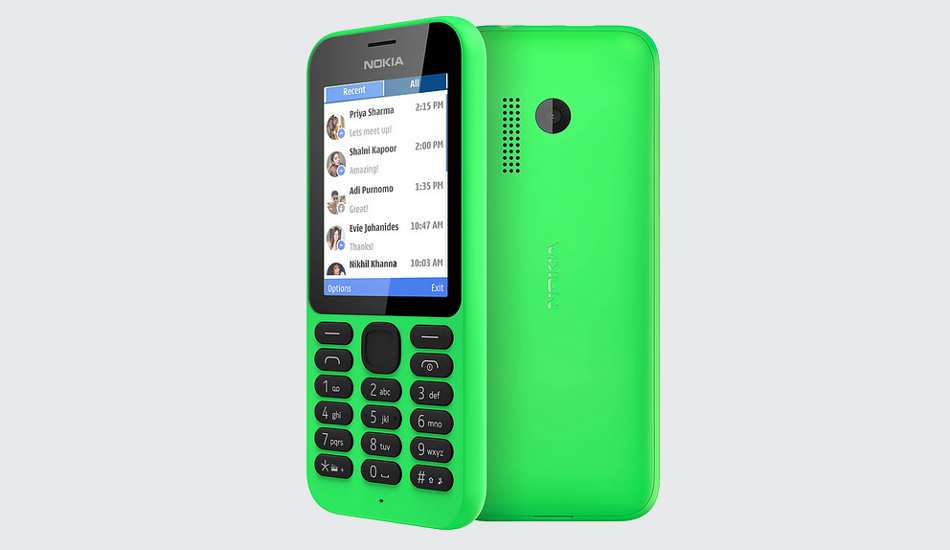 It has a 2.4 inch display and is not a touch phone. On the network front, it supports only 2G connectivity and company claims that its 1,100 mAh can provide a talktime of 20 hours.

Nokia 215 has a 0.3 megapixel camera without a flash. It can even be used to access social media like Facebook and twitter. It also supports FM radio and has a LED on the top of the phone which acts as a torch.

It has 8 MB Ram and micro SD card slot which can support 32 GB card.