Microsoft Lync 2013 extends the availability of the Office 365 and Lync Online components to the Android platform.

Microsoft had introduced Lync, with built-in voice as well as video calling features for the enterprise segment. The beauty of this client is that even individuals or small office, home office environments can make the best of it to save travel cost and time. 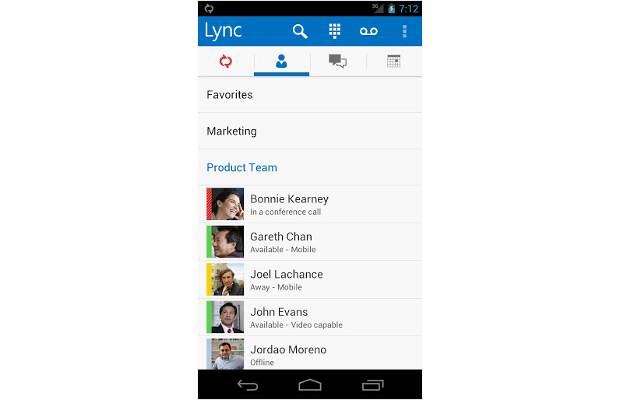 The Lync Messaging Client is quite useful for those who have purchased the Office 365 that has Lync Online and the corporates can purchase Microsoft Lync Server to manage the messages as well as data internally.

Mostly used for the real time collaboration, the Lync client also supports voice over IP and video conferencing. Also to use the new Lync 2013 Android app, you should have a Lync account and Office 365 subscription.

The Lync 2013 app for Android allows instant messaging, video and voice calls with the contacts pulled from Microsoft Outlook. The app also offers video conferencing supporting with feature called Lync Meetings and to join these meetings, there is no need to add any passcodes. The app also ensures security option since it uses Transport Layer Security protocol providing encryption of data between the client and the service, and also omits the necessity to use the app over company’s virtual private network. Several companies extend their security strategy by creating private networks for accessing Internet securely and uses end-to-end virtual connection for security.