There are cheaper phones than even Lumia 430 but those were being sold by other Indian companies.

Microsoft has launched another affordable Windows Phone operating system based handset in India, the Lumia 430, for Rs 5,299 which thus now becomes the second cheapest Windows phone in Microsoft’s portfolio in India. The Lumia 435 which is retailing just couple of bucks less than Rs 5,000 is the cheapest Windows phone in Microsoft’s stable. Ofcourse, there are cheaper phones than even Lumia 435 but those were being sold by other Indian companies.

The Microsoft Lumia 430, which weighs just 127.9 grams, has a 4 inch display having 480×800 pixels resolution. The phone has the Windows Phone 8.1 with Lumia Denim operating system which is being run by 1 GB RAM and a 1.2 Ghz Snapdragon 200 dual core processor. The phone offers 8 GB of internal memory and an expandable storage slot that can hold a massive 128 GB micro SD card. 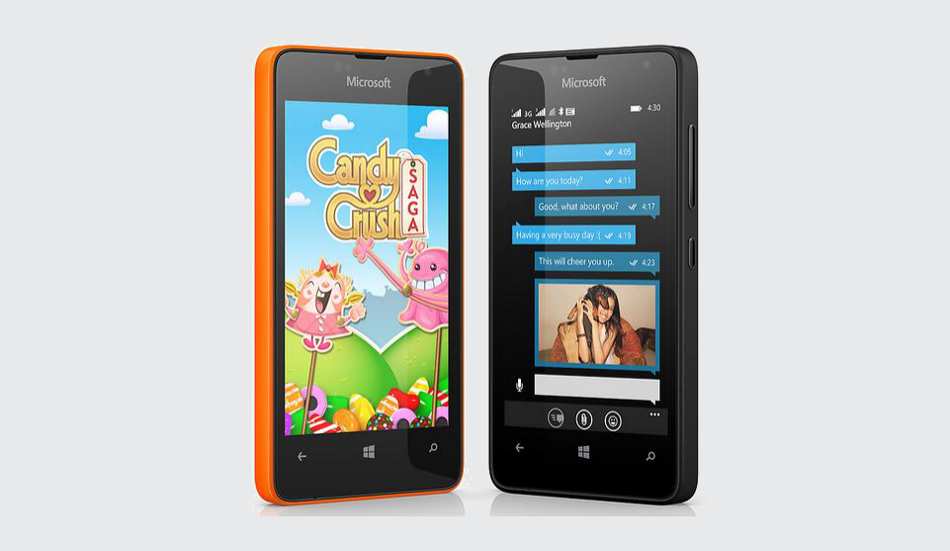 The Lumia 430 has a 1500 mAh battery that claims to offer 9.1 hour of 3G talktime and 12 days of maximum standby in dual SIM mode. As said, it offers dual SIM and 3G connectivity. It has GPS with A-GPS, WiFi, Bluetooth 4.0, and WiFi Hotspot.

To check out other Windows Phone based smartphones, click here.