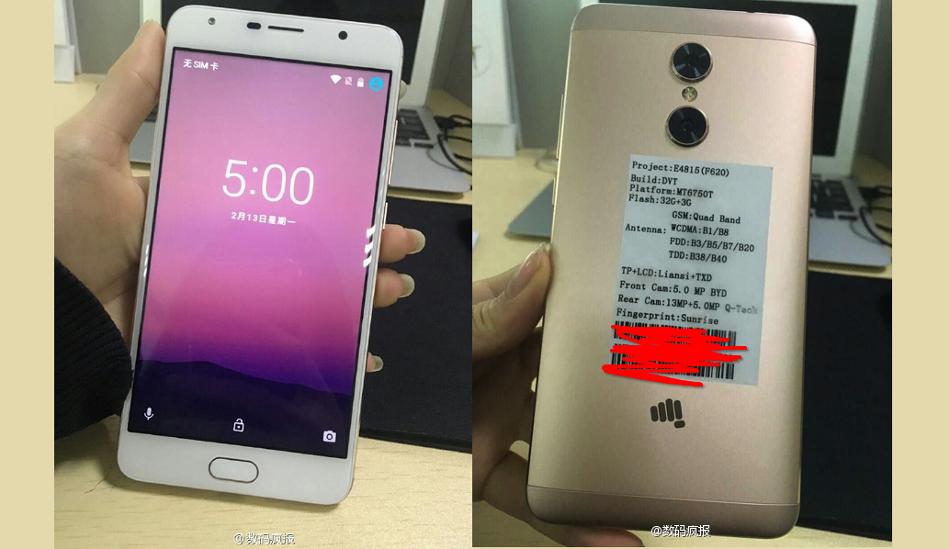 The smartphone will have a metal unibody design and will feature a 5.5 inch IPS display.

In the last few months, we have seen a lot of mobile manufacturers coming up with smartphones having dual camera setup, but Micromax hasn’t yet ventured into this segment yet. If our sources are to be believed, Micromax will soon launch a smartphone with Dual Rear camera setup. A smartphone with model name ‘Micromax E4815’ bearing dual rear camera setup spotted in the wild in Gold colour.

Further, the Micromax E4815 will be fueled by a 1.5 GHz octa-core MediaTek (MT6750T) processor. The device will come with 3GB of RAM and 32 GB of internal storage, with an option to expand the storage further via microSD card. There will also be a fingerprint scanner which will be embedded in its home button. Besides, the smartphone will also support 4G with VoLTE.

As of now, there is no information available regarding its pricing and availability. However, we expect it to happen in March.