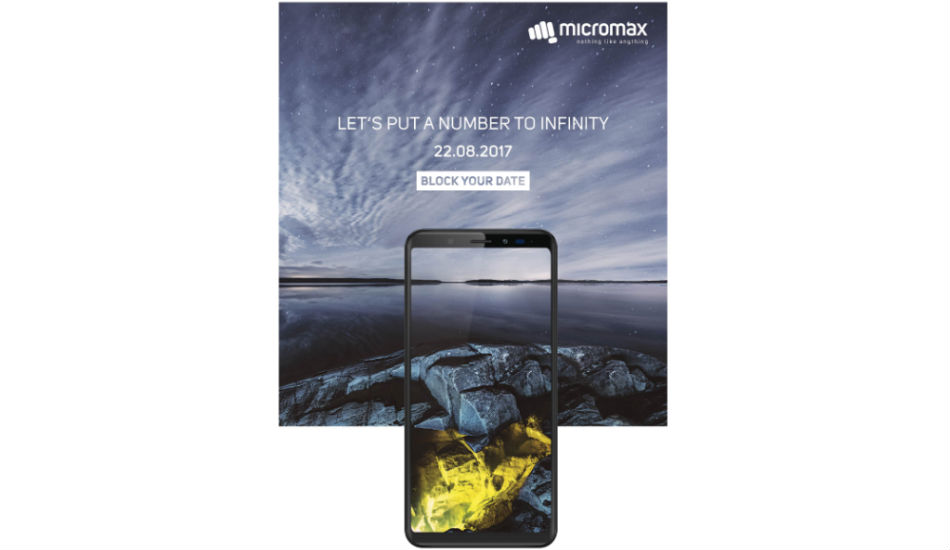 The smartphone will come loaded with a 5.7-inch display and it will feature an aspect ratio of 18:9.

We reported earlier that Micromax is planning to launch a new premium smartphone that will sport an aspect ratio of 18:9, known as Canvas Infinity, in next 28 days. Now, the company has confirmed that it will be launching the smartphone on August 22, 2017.

The company has started sending out Block Your Date invites for the same. The invite has a tag line, which reads, “Let’s Put a Number to Infinity.” This confirms that the company will be launching the Micromax Canvas Infinity smartphone in India on the said date.

Further, the invite also shows the image of the upcoming smartphone, which is in line with the previous leak we reported. The company has previously revealed that the smartphone will come loaded with a 5.7-inch display and it will feature an aspect ratio of 18:9. However, the company didn’t reveal much about the device, but it is expected to the first affordable smartphone that will provide such kind of aspect ratio.