Mi Band 6 confirmed to launch in India on August 26

Mi Band 6 will launch at the Mi Smarter Living 2022 event in India. It is scheduled to take place on August 26th at 12PM. 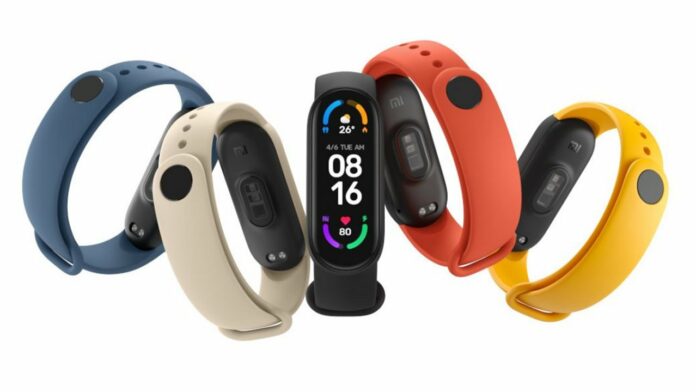 Xiaomi has already announced ‘Smarter Living 2022’ event in India on August 26. Now the brand has confirmed to launch Mi Band 6 on the said date.

Xiaomi is expected to launch multiple new products at the Smarter Living 2022 event. Along with the the smartwatch, Xiaomi will also launch Mi Notebook, Mi TVs on August 26. The launch will also include the Wi-Fi router, a security camera.

The company took to micro-blogging Twitter to announce the launch date with the hashtag #Smarter Living 2022. Take a look at its tweet:

Amazon has put up a dedicated microsite of the Mi Band 6 confirming its availability on the e-commerce platform in addition to mi.com. As per the Amazon microsite, the fitness tracker will be available in four colour options. This will include Purple, Orange, Blue and Green colours.

The Mi Band 6 was launched in China in March this year. Now the fitness band will now finally make its way to the Indian market later this month. The Indian variant is expected to come with the same specifications as Chinese variant.

The watch features a 1.56-inch (152 x 486 pixels) AMOLED touchscreen display that is bigger than its predecessor. The display has a 326ppi pixel density and 450 nits of peak brightness.

It packs a 125mAh battery claimed to deliver a standby time of up to 14 days and a charging time of 2 hours.

For features, there are a load of them including, 30 sports models where the band can auto-detect six activities including walking, running, indoor treadmill, and cycling. The Mi Band 6 features 24/7 blood pressure, blood oxygen (SpO2), and heart-rate monitoring, and also supports sleep tracking.

The band is also waterproof up to 50 metres and has Bluetooth 5.0 for connectivity.