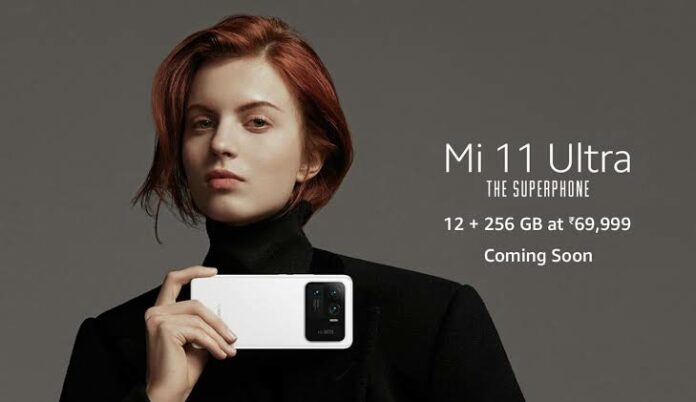 Xiaomi has conveyed that the first sale for the Mi 11 Ultra has been delayed. An exact release hasn't been shared by the company

Mi 11 Ultra was launched in India on April 23 and it has been more than a month since the launch but the Mi 11 Ultra still hasn’t gone on sale. It was communicated back then that the Mi 11 Ultra’s sale date will be shared later on and now Xiaomi has an update for the buyers.

In a letter shared on Twitter by the company, Xiaomi tells us that there will be a delay in the shipments of Mi 11 Ultra in India due to the circumstances “beyond the company’s control”. The company also says that it is working hard to bring the device to the buyers in India.

Xiaomi conveys that it will be able to share an exact sale date for the phone once the “current situation improves”. This could be due to several restrictions imposed all over the nation due to the COVID-19 second wave.

The Mi 11 Ultra is priced at Rs 69,999 for the sole 12GB + 256GB variant. One of the key features the device possesses is the support for 67W wired charging. However, due to some certification issues, the brand wasn’t able to launch the desired charger in India and had to include the 55W charger in the box.