MG Motors begins production of Hector Plus SUV in India 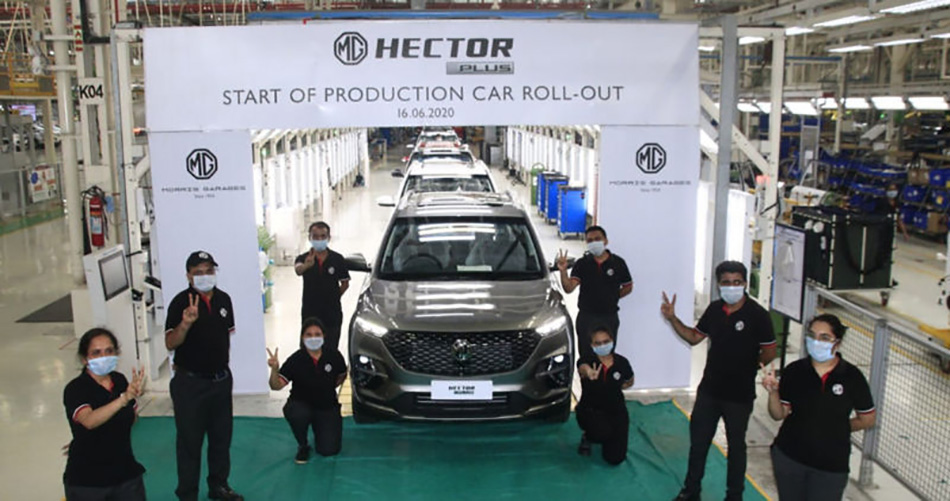 MG Motor will be adding the 7-seater variant of the Hector to its Indian lineup next month.

MG Motor is set to add another SUV to its lineup in the Indian market very soon. This update is confirmed after the company announced the Hector Plus SUV has gone into production and will be rolling out in July. The Hector Plus is basically the bigger version of the Hector which was the first SUV from MG Motor in India. This SUV is expected to compete with the likes of Innova and priced over Rs 18 lakh in the market.

MG Motor has set up its plant in Halol, Gujarat which is entrusted with production for the Indian market. Currently, it also manufactures the MG Hector and MG ZS EV at this unit. MG Hector Plus was first seen at the 2020 Auto Expo earlier this year, and will go on sale in July as per the company statement. The company head also reportedly mentioned that Hector Plus will cost Rs 1 lakh more than the Hector. The Plus version of Hector will be a 7-seater SUV.

Being an MG product, the Hector Plus will also carry the Internet Inside badge, offering technology features, including the voice assistant from the company. “MG Hector Plus also comes integrated with the revolutionary Over the Air (OTA) technology, allowing customers to update software/firmware, feature themes, and infotainment content seamlessly.

Both the MG Motor products in India have performed well since their launch, and the company will be hoping for similar results from Hector Plus as well. It also has a premium Gloster SUV in the line up, also showcased at the Auto Expo. And unlike the other SUV, this one will be positioned in the premium segment, where you have to Toyota Fortuner, Ford Endeavour and Honda CR-V.