The new leaked design of Meizu MX7 shows a dual-camera setup on the back.

Meizu’s two upcoming smartphones named as Meizu MX7 and Meizu Pro 7 designs have been leaked along with their alleged specifications and pricing details, as per report of igeekphone. Earlier this month, we have already seen Meizu Pro 7 render image surfacing online which resembled more like Samsung’s newest Galaxy S8 with no bezels on the sides with the least symmetrical kind of bezels on the top and bottom. The Meizu MX7 has also been a subject of the leak via a live leaked image surfacing recently.

The new leaked design of Meizu MX7 shows a dual-camera setup on the back. The two cameras are vertically aligned with the LED flash lying below them. We can also see the company’s logo below the LED flashlight at the back of the device. As per the image, the Meizu MX7 smartphone will feature Meizu’s mBack home key below the device’s display which will double as a fingerprint scanner. 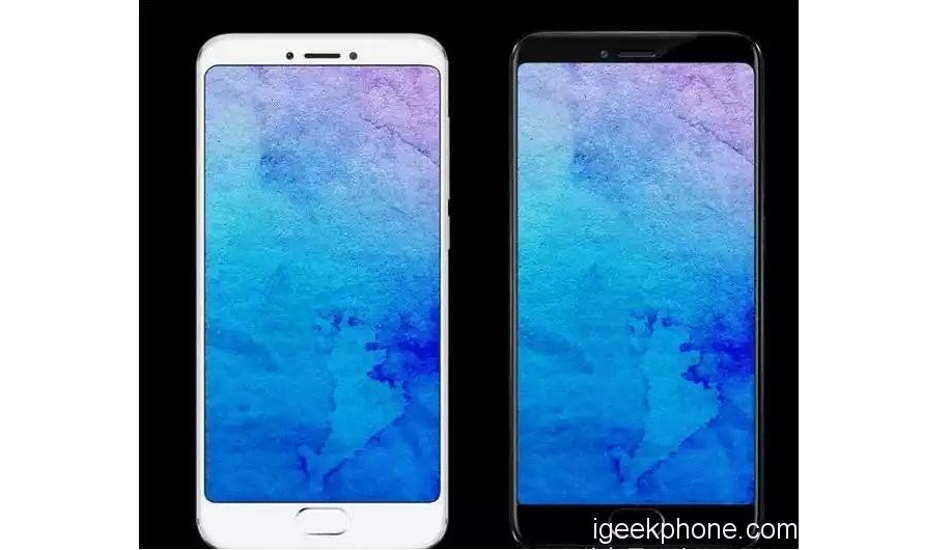 The Meizu Pro 7 leaked image shows its display sporting rounded corners. Besides, it has very thinner bezels. Like MX 7, Pro 7 also has a mBack home key below the device’s display. Both the smartphones have the volume rocker and power button on their right side.

As per the leak, Meizu MX7 will feature a metal body and will come with 4GB/6GB of RAM and 32GB/64GB internal storage. The smartphone is expected to boast a 5.5-inch full HD display (1920 x 1080 pixel resolution). The device will be powered by either a Mediatek Helio X30 or Snapdragon 660 chipset, rumours suggest.

For the optics, it will reportedly boast dual rear camera with Sony IMX386 and IMX286 placed on the back of this phone. For the front panel, the device will boast 16-megapixel camera. It is rumoured to be running on Android Marshmallow or Android Nougat operating system with the company’s Flyme 6 UI on top of the smartphone. A Type-C USB port and a 3.5mm headphone jack will be placed on the bottom of the Meizu MX7. The Meizu MX7 will support 3D Touch.

As per rumours, Meizu Pro 7 will be featuring 5.2 QHD (2560 x 1440) display. It will run on Android 7.0 Nougat-based Flyme OS. The smartphone is said to come with 6GB/8GB RAM and 64GB/128GB internal storage. It will be backed up by a 3000mAh/3500mAh battery with Meizu’s mCharge fast charge technology. The smartphone will be powered by Samsung’s Exynos 8895 64-bit octa-core processor. It is likely to have a 12-megapixel rear camera with Sony IMX386 CMOS sensor. Like, MX7, Pro 7 also supports 3D Touch.