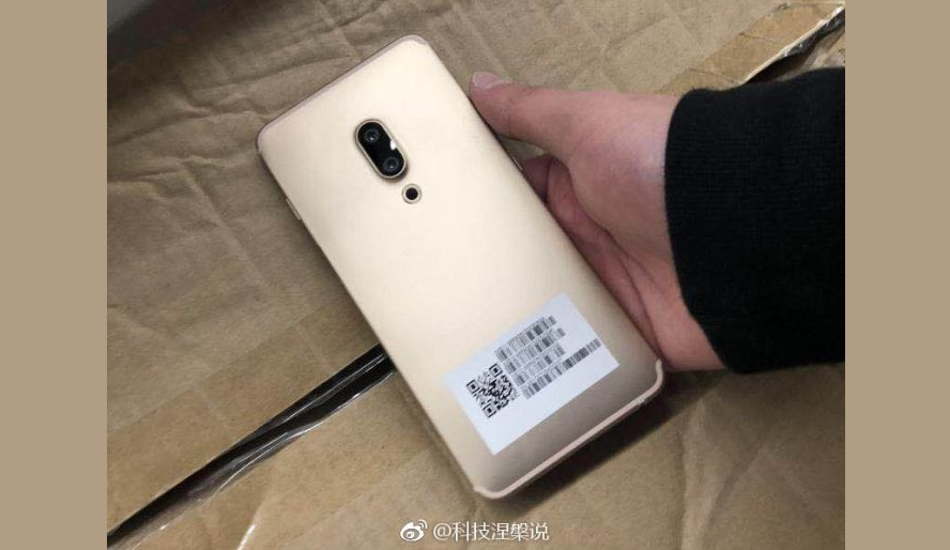 Meizu launched Meizu E2 last year in China. Now seems like the company has started working on its successor, dubbed as Meizu E3. A leaked image of Meizu E3 has leaked on the Chinese social networking website, Weibo revealing that the smartphone will be sporting a dual camera setup.

The leaked image shows only the back of the device in gold colour showing the dual camera setup with a ring LED flash below it. As per the leaked image, the Meizu E3 will feature a premium all-metal unibody design. However, it does not carry any hardware details of the device. The rear carries a couple of antenna stripes near the very top and bottom edges.

As per rumors, the Meizu E3 will come with bezel-less display with an aspect ratio of 18:9. The fingerprint sensor might be placed on the right side below the volume rocker and the home button. Since the Meizu E2 was released last year around April, so it is expected that the Meizu E3 will be launched around that time only this year.

To recap, the Meizu E2 features a 5.5-inch full HD 2.5D curved glass display with a resolution of 1920×1080 pixels and is powered by a 2.35 GHz octa-core MediaTek’s Helio P20 processor. It comes with 3GB/4GB of RAM and 32GB/64GB of internal storage. The smartphone runs on Android 6.0 Marshmallow operating system with Flyme OS 6.0 on top of it and is backed up by 3400mAh battery with 18W fast charge. The smartphone also houses a fingerprint scanner, which is embedded in its home button.

On the camera front, the Meizu E2 offers a 13-megapixel rear camera with a LED flashlight and an 8-megapixel front snapper for selfies and video chats. Besides, the smartphone comes with Hybrid Dual SIM, 4G LTE, WiFi, GPS, Bluetooth 4.1 and a micro USB port. The smartphone measures 153.7 x 75.7 x 7.5 mm and weighs 155 grams.