Meizu 16s Pro spotted on ANTUTU benchmark, will have Snapdragon 855 Plus SoC and 6GB RAM

In a new development, Vice President, Meizu has posted a product image of Meizu 16s Pro in Dark green colour on is Weibo account and asked the netizens to name this new colour.

zu is going to launch its next flagship Meizu 16s Pro at the Zhuhai Grand Theatre on August 28th at 14:30 China time. Now ahead of the launch, the Meizu 16s Pro (m1973) has been spotted on ANTUTU benchmark website, revealing its key specifications.

Update: In a new development,Vice President, Meizu has posted a product image of Meizu 16s Pro in Dark green colour on is Weibo account and asked the netizens for the name of this new colour.

As per the listing, Meizu 16s Pro (m1973) scored 464411 on ANTUTU benchmark website and will have full HD+ display with a resolution of 2232 × 1080 pixels. It will come equipped with Snapdragon 855 Plus chipset coupled with Adreno 640, 6GB of RAM and 128GB of internal storage. Further, the phone will run on Android 9 Pie operating system. 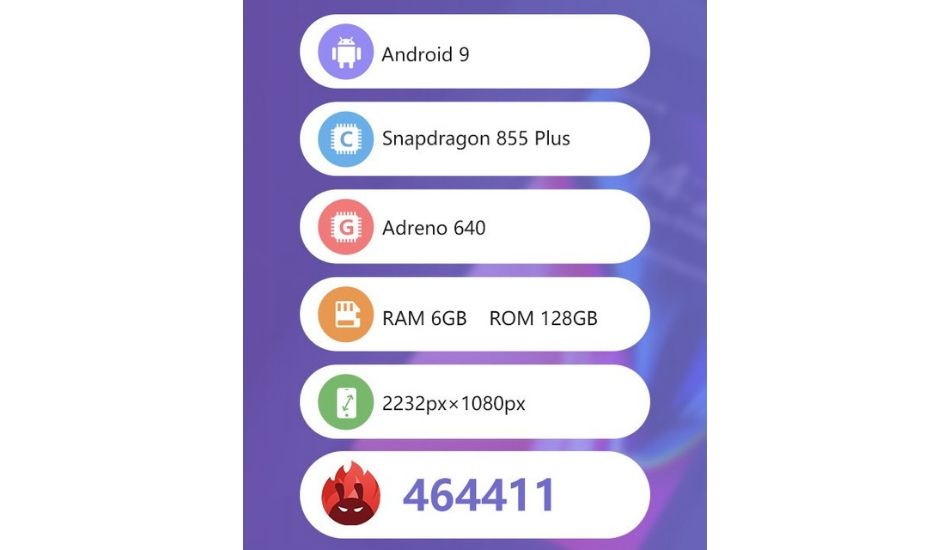 Earlier, a Meizu phone with model number M973Q got the necessary 3C certification in China, which as per reports will be launched as Meizu 16s Pro. As per 3C certification listing, the device will come with UP0830S charger with 24W fast charging support. Further, the certification documents also revealed that the phone will have 4G LTE connectivity.

As per earlier reports, upcoming Meizu 16s Pro will have an AMOLED display with a 120Hz touch sample rate and will sport an ultrasonic in-display fingerprint scanner. The Meizu 16s had Dual rear camera setup (48MP+20MP), so this time Meizu 16s pro will have triple rear camera setup with 48-megapixel as the primary sensor, a 20-megapixel as secondary sensor and the third sensor could be a 16-megapixel ultra-wide-angle sensor. The smartphone will run on FlymeOS 8 with Android 9 Pie on top of it and is expected to have mCharge Wireless charge with 18W quick charging as well. Further, the smartphone is expected to have three colour option: Blue, Black, and White.