Samsung is working on Galaxy S3 like smartphone with GT-I9400 model number.

Samsung is quietly working on yet another Galaxy S III (GT-I9300) variant handset with model number GT-9400. The detail about the model number showed up at the Nenamark Benchmark database and was spotted by the German site – AndroidSlash. This Samsung GT-I9400 smartphone seems to have a display with 480×800 pixel resolution and will pack a 1.2 GHz mobile processor. 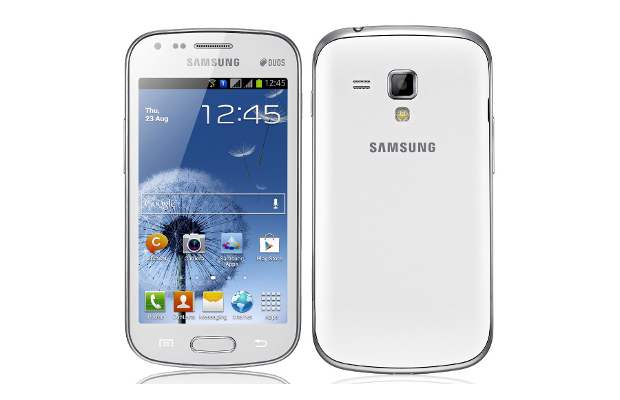 Samsung is known for working on different variant models of its best-selling smartphones. The Nenamark Benchmark Database listed Samsung GT-I9400 which has 480×800 pixel resolution bearing display. This smartphone was running Android 4.2 Jelly Bean update. Apparently, Samsung has started testing the Android 4.2 Jelly Bean update internally and might be available to its top of the line handsets in a month or two. 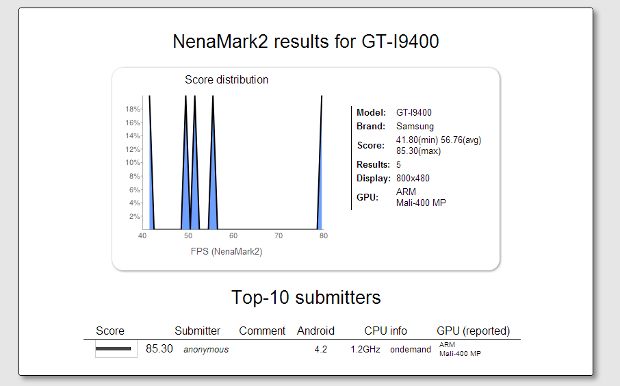 The mobile processor information was not revealed but it was clocked at 1.2 GHz speed and it has Mali-400MP mobile graphics chip. No further details were available in the listing. This smartphone certainly is not the next Galaxy flagship smartphone currently being rumoured as the Galaxy S 4.

This smartphone appears to be an affordable midrange variant of Galaxy S III just like the dual-SIM supporting Galaxy S Duos. The GT-I9400 might be the single SIM version of the Galaxy S Duos. We take this listing as the grain of salt and shall wait for Samsung to share details officially.