MediaTek has launched its latest flagship processor for mobiles, the Dimensity 9200 that is based on 4nm process. 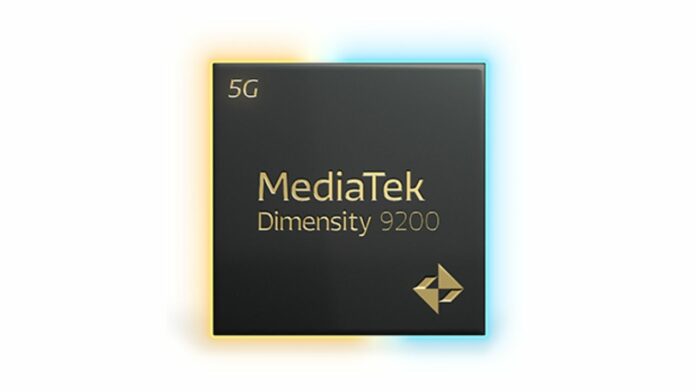 MediaTek has unveiled the Dimensity 9200, its latest 5G chipset which will be powering the next era of flagship smartphones. The Taiwanese chipmaker says that it is the first smartphone chipset to come equipped with an Arm Cortex X3 CPU core and also to support hardware-based ray tracing.

The MediaTek Dimensity 9200 is an octa-core CPU packing a singlArm Cortex-X3 core at 3.05GHz, three Arm Cortex-A715 cores at 2.85GHz, and four Arm Cortex-A510 cores at 1.8GHz. The chip is made on TSMC’s 2nd Generation 4nm node and is also compatible with LPDDR5x memory and UFS 4.0 storage.

It is also the first chipset in the world to come with the Arm Immortalis-G715 GPU with support for hardware-based ray tracing engine. For those unaware, ray tracing improves the overall visuals in the game such as softer shadows, ray-tracing reflections and more, to make the gaming experience more lifelike.

The chipset also packs MediaTek’s HyperEngine 6.0 Gaming Technology for fast, fluid action in games. The Dimensity 9200 provides up to 30% power savings with AI-NR and 45% power savings with AI-SR in all visual applications. The chipset’s sixth generation AI Processing Unit (APU 690) enhancements include up to 35% faster performance in ETHZ5.0 benchmark compared to the fifth generation APU.

Improvements have been made to the ISP as well. The chip has the Imagiq 890 ISP and is the first one to have native support for RGBW sensors. This will allow those devices powered by the Dimensity 9200 to avoid Bayer conversion. Additionally, users can create better cinematic videos and enjoy superior AI motion unblur technology.

Smartphones powered by the Dimensity 9200 will be available in the market by end of 2022, says MediaTek. Rumours afloat suggest that the Vivo X90 series will be the first set of smartphones to debut with the new Dimensity flagship processor. It is unclear as to which particular model under the series will have this processor.