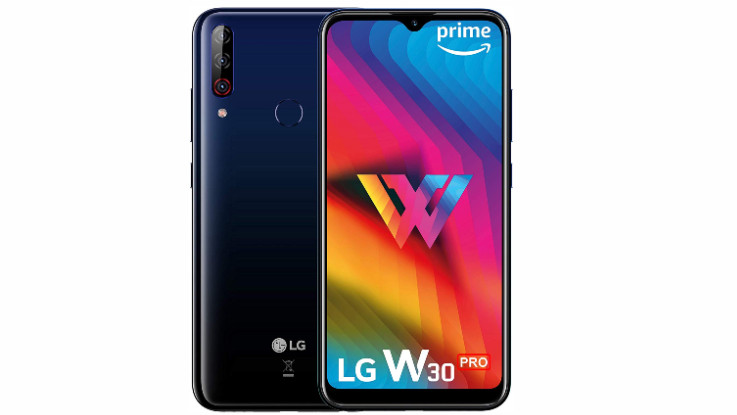 The smartphone comes with a price tag of Rs 12,490 and it is available for purchase on Amazon.

LG has announced the launch of its smartphone in the W-series with the launch of W30 Pro, in India. The smartphone comes with a price tag of Rs 12,490 and it is available for purchase on Amazon.

The major highlight of the smartphone is the triple-camera setup at the rear panel. The smartphone is loaded with a 13-megapixel primary lens along with a 5-megapixel depth sensor and an 8-megapixel super wide-angle lens. For the front, the company has added a 16-megapixel shooter for selfies and video calling.

LG W30 Pro is loaded with a 6.21-inch HD+ FullVision display with a screen resolution of 1520 x 720 pixels along with 18.5:9 aspect ratio. The smartphone is powered by an octa-core Qualcomm Snapdragon 632 processor along with 4GB of RAM and 64GB of internal storage. The memory can be further expanded up to 512GB via microSD card slot.

The smartphone comes with a stereo pulse speaker for better audio output. This basically allows the smartphone to use the internal space as a resonance chamber to deliver double bass, the company claims. The phone is equipped with a fingerprint sensor and face unlock.