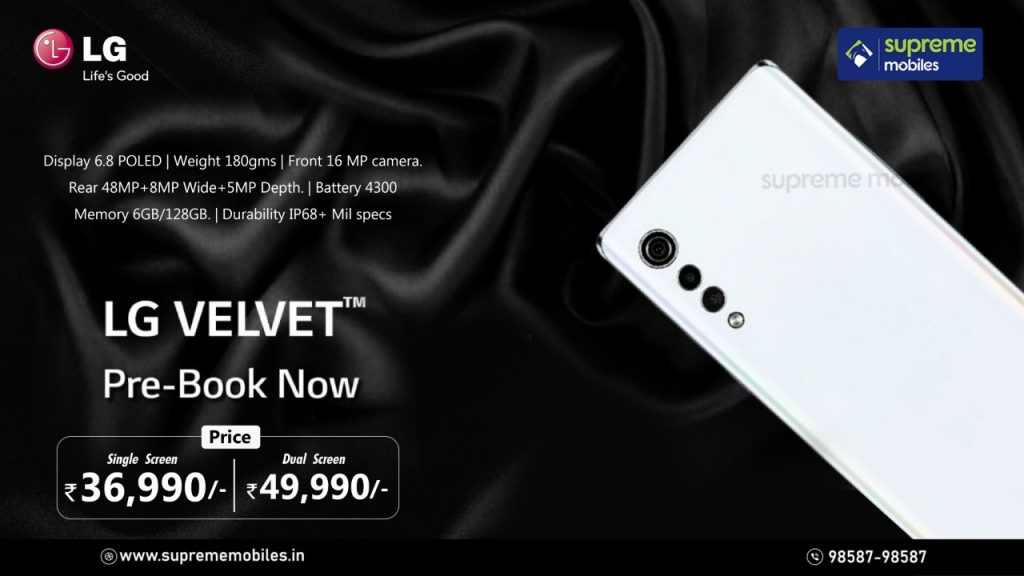 The 4G LG Velvet is exactly identical to the 5G LG Velvet, from the design to the cameras except for the chipset.

LG announced LG Velvet with 5G connectivity in May this year. Later the company also introduced the 4G version with an older Snapdragon 845 processor in July this year. Now an offline retailer Supreme Mobile has started taking pre-orders for the LG Velvet. The retailer has also revealed the LG Velvet India price as well.

As per a tweet of Supreme Mobile, LG Velvet price starts at Rs 36,990 in India. There is another option with a Dual-Screen accessory, which will be priced at Rs 49,990. The phone is now available for pre-orders at the offline retailer.

It is now expected that the company will officially launch the smartphone in the country soon. However, it is still not known whether LG will launch 5G variant or 4G variant in India.

On the software front, it runs Android 10 out-of-the-box and it packs a 4,300mAh battery and wireless charging. The LG Velvet has IP68 and MIL-STD 810G certifications for durability.