LG to announce G series smartphone on May 30

LG has sent out an invite for the launch of a new smartphone on the May 30 and most likely to launch the Optimus G successor smartphone.

LG has sent out invites for an event scheduled for May 30 for the launch of a smartphone. The TechRadar reported about receiving an invite from LG and the invite stated – ImaGination Begins. From the invite, it is quite obvious that LG will announce new G series smartphone but there are no confirmations about it. 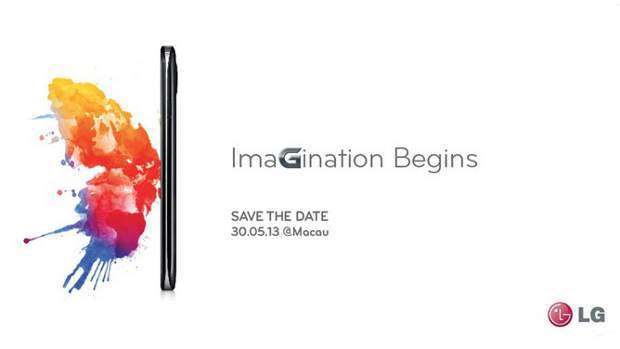 The invite image shows the side shot of the smartphone and has slightly protruding camera sensor part. It is safe to assume that the smartphone will come with a 13 megapixel camera. This smartphone most likely will run Android 4.1 Jelly Bean update with new version of Optimus user interface layered on top of it. We shall hold all other horses till the announcement of the G Series device.