The invite shows two images with a tagline “Big Screen. That fits.”

LG is all geared up to launch its latest flagship device, the G6, during Mobile World Congress 2017 at the end of this month. We have already gone through many leaks and rumours about the upcoming device, but now the company has finally started rolling out the official invite of the upcoming device.

The invite shows two images with a tagline “Big Screen. That fits”, with one image showcasing a bezel-less display while the other depicting a sketch that shows how easily the new device can be held easily in one hand despite it sporting a bigger display. The device is rumoured to sport a 5.7-inch QHD+ display with a pixel density of 564ppi and an aspect ratio of 18:9. 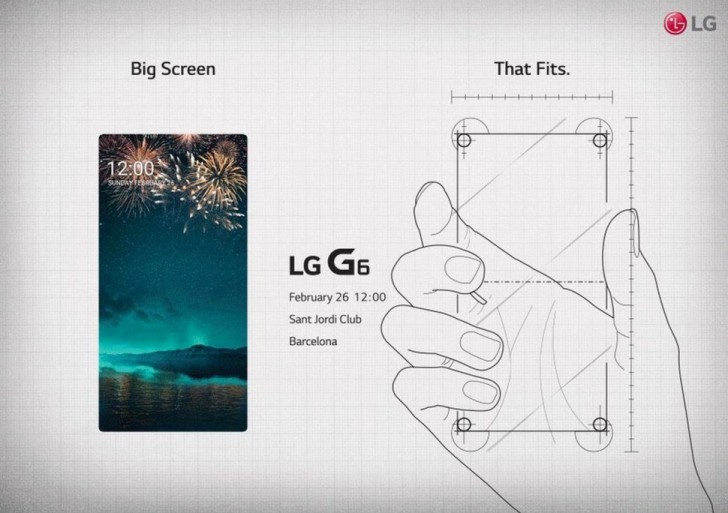 In another news, famous tipster Evan Blass has leaked the release date of the flagship device as well. According to the tipster, the device will be available in the home country (South Korea) with sales beginning from March 9. The report further highlights that the sales in the US will begin on April 7.

It seems that the company is planning to launch a new variant of the LG G6 as well. A new LG smartphone bearing a model number LGE LG-H871 was spotted on Geekbench listing. The listing reveals that the smartphone will be powered by a Qualcomm Snapdragon 820 processor coupled with 4GB of RAM and runs on Android 7.0 Nougat. The device has a single-core score of 1736 and multi-core score of 4002. This could mean that the company could launch a downgraded version of the flagship device, however, it would be interesting to see whether the company will retain other top-of-the-line features which are rumoured to come in the LG G6 or not. 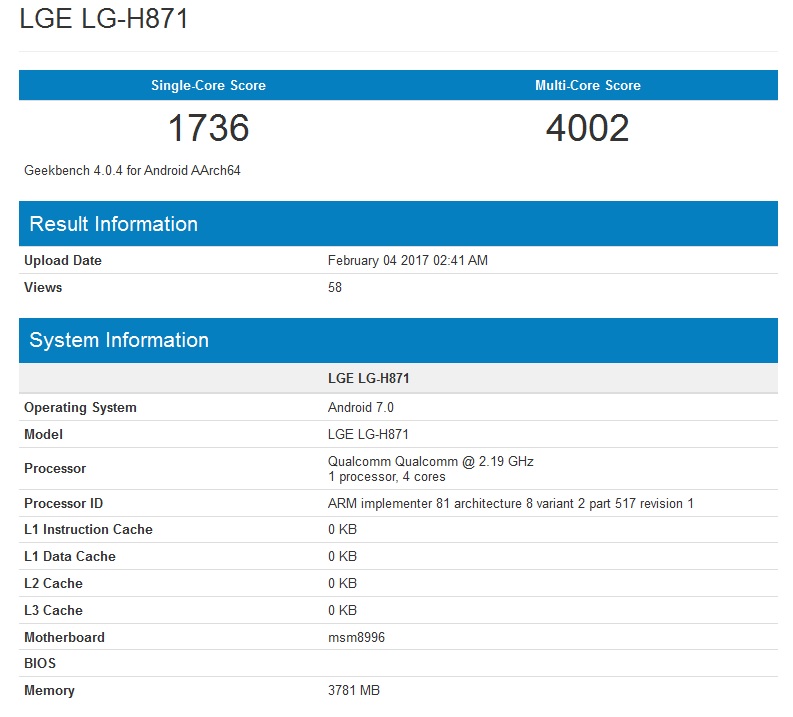 Rounding up come key features, LG G6 is also touted to come equipped with Google Assistant, which is exclusively available for Google Pixel and Pixel XL. Other rumours suggest that the company is making the next flagship a lot safer by introducing heat pipes in the G6 to disperse heat away from the processor. As far as other specs are concerned, the smartphone is rumoured to sport the latest Qualcomm Snapdragon 835 processor and would sport 3.5mm headphone jack and might use USB Type-C for charging and data syncing. LG is also likely to keep the Hi-Fi Quad DAC for high-quality audio output via headsets.